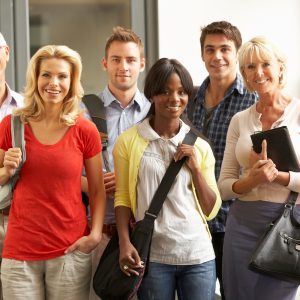 Recently I had the great pleasure of meeting the first grandchild of one of my students. Just think about that. Barbara was one of my graduate students in journalism more than 30 years ago. She was and is a great reporter and writer who is now an associate professor of journalism. Not long after she graduated we became friends. Her husband, Craig, became an added great friend. I watched as their two sons and a daughter grew and dubbed them the three perfect children – extremely bright, creative and lovable, and now very accomplished adults. I attended the celebration of Barbara’s 50th birthday along with their 25th wedding anniversary, at which she introduced me to my “professional grandchildren.” We’ve had many wonderful gatherings at my summer house on Fire Island and I had the honor of attending their son’s wedding and submitting an affidavit of his good character for his admission to the New York State Bar. And now I have met the gorgeous, adorable Noah, the first grandchild for Barbara and Craig.

This family is among a number of younger people that I came to know over the years whom I have befriended, mentored, advised, listened to and with whom I have known some hard as well as good times.

There is a back story of how this came to be. When my older son died, I was employed at ABC News but also taught broadcast journalism one day a week. In my unimaginable grief, I couldn’t handle my full-time job at first but decided to go back to the teaching job. Since it was a very taxing day, I felt I could possibly be somewhat distracted from my tragedy. It was always a hard day’s work. I would come in at about 8:00 AM, meet with my team of 4 students, who would review the assignment desk’s news or public affairs stories to be covered. As the instructor and supervisor, I would spend the better part of the day with them gathering the story. Then they would write, edit and make it ready for the evening “news telecast.” On that first day back, I met with students I had only recently been assigned. They were milling about, circling me, unable to focus and I was becoming annoyed. But then it occurred to me that they didn’t know what to say and they obviously wanted very much to console me. And so I spent some time talking about my son before we did the briefings. And we did bring in a story. What it was, I don’t remember. But on the way home I realized that with their reaching out to me, they showed me a way to ease my pain.

I knew that I would never be able to fill the hole left in my heart by my son’s death and that I shouldn’t burden my younger son, Peter. But I saw that I could look, encourage, participate and relish the growth and accomplishments of other people’s children. These young students broadened my outlook and led me into teaching, where I have now had the good fortune of having interviewed or taught hundreds of medical students, health advocates, physicians, nurses and of course journalism students. And I took an interest in other young people I met. Many, I believe, have benefitted through their interactions with me. But I think I got more out of these interactions than all my young friends did. So many stay in touch one way or another. They let me know their triumphs and their sadness. They are my friends now. And as I grow older, their caring and willingness to help me are precious. They are the unexpected dividend of opening my heart to young people wherever I found them and having lived long enough to see them succeed, pass on what they have learned and sharing their bounty with me. I still miss my son, Rick, but what an incredibly rich experience this has been and how much I still enjoy and treasure these younger friends.