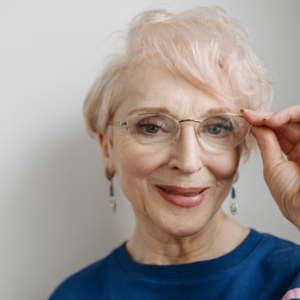 As you likely know, failing to remember an event or person doesn’t automatically mean you are on your way to a dementia diagnosis. There can be a lot of reasons that you experience a memory lapse, and it’s certainly worth investigating a worrisome memory incident before you assume it’s your fate to lose it entirely. In fact, memory lapses may result from normal aging or may be caused by such age-related situations as loneliness or insomnia. You may even be trying to handle the situation of memory loss on your own- perhaps reaching for one of the frequently advertised supplements or medications you see promoted. While it’s possible that some of these pills may provide a modicum of help, it’s just as likely that a healthy diet with the appropriate nutrients would match whatever benefits you got from a supplement– and by all means, don’t take supplements in place of checking out your concerns with your physician.

But what if there was a way to not only forestall further memory lapses but in fact boost your current memory so that you’re better able to remember people, places, or events going forward? Well, it appears that scientists from Boston University may be on to something, as they report in their new study published in Nature Neuroscience. The study involved 150 people, ages 65-88, who had experienced normal age-related memory declines but without being diagnosed with dementia. Over the course of 4 days, for about 20 minutes a day, each participant wore a cap with electrodes and was given a course of “transcranial alternating current stimulation” (tACS), which sounds more threatening than it actually is. In fact, the process used was to send non-invasive weak electrical currents through the electrodes attached to the cap that each participant wore during the procedure. The goal was to determine if working and long-term memory could be improved with the use of these electrical currents. It was hoped that “zapping” the brain with weak electrical currents would replicate normal brain activity to boost memory.

As scientists explain, as you age, the circuits in your brain become “uncoupled” and these detachments can lead to memory problems. Using electrical currents to stimulate brain activity may get targeted regions of the brain to talk to each other again. The results of this study were intriguing- and encouraging. Using 2 different types of electrical currents focused on 2 different parts of the brain, researchers were able to enhance memory at the time of the experiment (judged by asking participants to recall lists of words) and more impressively, the benefits were still present one month after the sessions. There were few if any side effects from the intervention beyond tingling or itching from the cap, but of course, the question remains whether larger studies can replicate these results and prove to have real-world benefits beyond recalling lists of words.

This intervention has not yet been approved by the FDA, and the researchers say they have no plans at the moment to commercialize their study (so beware of promotions touting this sort of treatment). They also suggest they may now attempt to use this intervention for conditions such as schizophrenia, obsessive-compulsive disorder, and even Alzheimer’s. Given the aging of populations around the world and the “normal” lapses of memory that accompany aging, the potential to have an available, safe and effective therapy to address memory loss would be an enormous breakthrough. To find out more, grab a cap and click here.