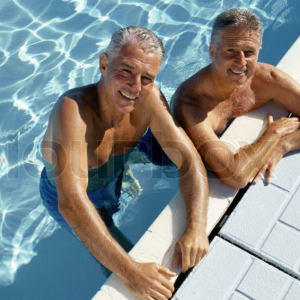 -A Walk In The Park: The Benefits Of Seeing Green For Seniors

-Which Is It: Diagnosing Depression Versus Dementia

-Women For All Seasons: Value In The Workplace And Beyond

-Open To Abuse: The Financial Exploitation of Vulnerable Seniors

A Bad Apple: Foodborne Illness In Older Adults: It’s probably happened to almost everyone: Not too long after a meal, you get a distress signal from your stomach- rumblings, pain, perhaps nausea and then a quick sprint to the bathroom. Most of us know what it’s like to get “food poisoning” and usually, it’s a minor annoyance that quickly passes (pun intended). But for 3,000 people a year, it turns into a deadly strike, and in seniors, the risks of foodborne illness can be great. In older stomachs there can be less stomach acid to kill off harmful bacteria. Once sickened, older victims may then get sicker than their younger counterparts. Also, our sense of smell and taste diminish as we age, so that our ability to discern spoiled or rotten food may lessen, leaving us more vulnerable to being stricken. To read the National Institute of Health’s excellent summary of the risks of contaminated food and strategies to avoid potential harm, Click Here. And for more general advice on healthy eating choices for seniors, Click Here.

A Walk In The Park: The Benefits Of Seeing Green For Seniors: Spring is officially here, even if the weather may not always cooperate. With the arrival of spring, thoughts turn to heading outside and taking in the fresh air. And, it turns out, there is new research to support the health benefits of outdoor activities for seniors. According to new analysis by the Harvard School of Public Health, time spent in “green” environments is linked to longer lives in women.  A 2016 study found that women who live among higher levels of green vegetation have lower rates of mortality, including lower rates of cancer, respiratory illness and kidney disease. Why is this so? Researchers suspect this is due to multiple factors, including greater physical activity, less pollution exposure and increased social engagement. To read more about this research, lace up those walking shoes and Read Here. And to find out why the US needs to do better in creating parks for seniors, Read Here.

Which Is It: Diagnosing Depression Versus Dementia: In older adults, differences between depression and dementia may be hard to discern. Memory loss, cognitive dysfunction and other symptoms can be present with either of these afflictions, and it’s not uncommon for an older person to be stricken by both simultaneously.  But it’s important to remember that even though both of these illnesses can have overlapping symptoms, they are in fact distinct diagnoses with different treatment options available. In a new study published in The Journal of Alzheimer’s Disease, researchers report on new neuroimaging techniques that track blood flow through the brain, thus allowing for a more accurate way to determine a correct diagnosis. Better diagnosis may lead to better treatment and outcomes, and a better quality of life for patients and their loved ones. Read about this new research Here. And for more general info on brain health in older adults, Click Here.

Women For All Seasons: Value In The Workplace And Beyond: It’s probably no surprise that older workers face discrimination in the hiring process.  And for older women, the challenges are even greater, as a recent study from the Federal Reserve of San Francisco confirms. That makes no sense, given the experiential wisdom and wise perspective that older women can contribute to the workplace. Unfortunately these are attributes that are too easily dismissed in our youth-oriented, technology-driven work environments. Over at Lustre, a website celebrating the value and contributions of older women, especially those recently retired, a recent blog post underscores the benefits that accrue in the modern work environment when older women are part of the mix. It can be win-win, if older female workers are welcomed in. So grab your briefcase, head over to Lustre, and read “Putting Age To Work” Here.  And read about the Federal Reserve study on ageism in the workplace Here.

Open To Abuse: The Financial Exploitation of Vulnerable Seniors: So many seniors scrimp and save in order to ensure that they can live out their days in comfort and security. But for way too many older individuals, their rainy day funds become an all too enticing attraction to friends or family members who are ready to pounce. The incidence of financial elder abuse is real and growing. One in twenty seniors report being financially abused by a family member in the prior year, and most experts believe the number of victims is under-reported, as seniors are too ashamed or embarrassed to admit they’ve been exploited by someone they trusted. The results of this abuse are substantial, and can have physical and emotional consequences that can never be undone. US News and World Reportrecently published a 3-part series on this all too real tragedy, describing its extent and impact, and providing resources and advice in response.  You can read the articles in the series Here, Here, and Here.

Master Class: These Senior Swimmers Shatter The Record: We usually think of world-record athletes as young, vigorous Olympians, performing at the peak of their prime. But at the end of 2016, four somewhat older athletes also broke a world record, and their feat was no less exciting. Last December, Rowdy Gaines, himself a 3-time Olympic gold medalist swimmer, hosted The Master Classic Swim Meet in Orlando, where four senior athletes broke the world record for the 200 meter free-style relay. These swimmers, 2 men and 2 women, ranging in age from 86 to 93, demonstrated that with purpose and perseverance, anything is possible. They brought Rowdy to tears, and their story will deeply move you as well. Watch and learn from these master swimmers Here.

THE LAST WORD: “The good thing about science is that it’s true whether or not you believe in it.” Neil deGrasse Tyson