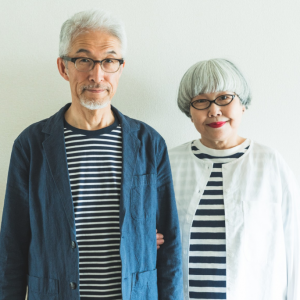 -When You’ve Got To Go: New Treatments For Nightly Visits To The Bathroom

-Alternative Facts: Promises That Your Medicare Is Safe May Not Be True

-On The Rocks: The Rise Of The Gray Divorce

When You’ve Got To Go: New Treatments For Nightly Visits To The Bathroom: Perhaps this is not a discussion for polite company, but all too many of us lose precious sleep as we head to the bathroom multiple times each night. The causes of this “need to go” are many, depending on your sex and your underlying health. Known as “nocturia,” the frequent need to urinate during the night can be more than just annoying- we know there can be significant health consequences to poor sleep. But now, the Food and Drug Administration (FDA) has approved a new medication for one particular cause of nocturia: if your body produces too much urine during the night, a condition known as “nocturnal polyuria.” Not everyone who races to the loo during the night suffers from this, but if you’ve been given this diagnosis then help may now be available.  Read more from the FDA press release Here. And clearly, if frequent bathrooms trips are your thing, you’re not alone- read about escalating sales of adult diapers Here.

Alternative Facts: Promises That Your Medicare Is Safe May Not Be True: Undoubtedly everyone is aware of the turmoil currently surrounding efforts to repeal and replace the Affordable Care Act and to alter other aspects of our health care system.  Seniors and those approaching the Medicare sign-up age may feel they are protected from most of this maelstrom. In fact, Speaker Paul Ryan, who has proposed a new “Medicare premium support ” program to replace traditional Medicare, has clearly stated that his new program would have no effect on those now enrolled in Medicare or anyone currently 55 and over who will someday soon enroll in Medicare. That may be reassuring to those of us who’ve already reached this milestone- but in fact, it may be just one more “alternative fact.” A recent blog posting on the website of Health Affairs, the leading health policy, peer-reviewed journal, puts that statement to the test. The conclusion?  Perhaps not surprisingly, current and near future Medicare recipients would in fact experience higher premiums and costs, as younger enrollees are cut off from the traditional Medicare pool, leaving an older, sicker population for traditional Medicare to cover.  As well, premiums for Medigap policies would likely increase. It’s a complex argument, but as we all know, health care is complicated. Read the analysis from Health Affairs Here.

Higher And Higher: Escalating Data Regarding Alzheimer’s Disease: If you think you’ve heard more about Alzheimer’s Disease in recent years, it’s not only because you’re getting older: in fact, the incidence of Alzheimer’s is increasing and the data surrounding this increase are troubling and even frightening. Currently, over 5 million seniors 65 and older have been diagnosed, and the death toll from this disease has doubled in the last 15 years. Estimates are that 10% of all seniors now have this diagnosis. And for family caregivers, some 15 million of them in the US, the emotional and financial burden is enormous- costs for caring for Alzheimer’s patients are currently estimated at over 1/4 trillion dollars and are projected to skyrocket to 1.1 trillion dollars by 2050. In fact, in a new report put out by the Alzheimer’s Association, concerns are raised that these rising costs could bankrupt the Medicare program. Clearly, this constitutes a major public health crisis, yet compared to other diseases, the money invested in Alzheimer’s research is relatively modest, and there are no cures or even new useful therapies currently in site. Get the facts, and the projections, by reading this new report Here.

Taking Care Of Business: Older Entrepreneurs: For many of us, retirement may be a time to kick back, relax and take it easy. But for those of us who are not the “retiring” type, our later years may be precisely the time to get creative and start a business. Apparently, the fastest rate of entrepreneurship in the country is among the 55+ crowd, and companies started by older, serial entrepreneurs tend to have more success. Recently, Inc. Magazine profiled the founders of Pedego, an electric bike company developed after one of the founders was determined to find a way to continue biking as he grew older, while lessening the punishment of the uphill climb home after a long ride. In fact, the majority of Pedego stores are now owned by older business people who found out about the company after they tried the bikes. It’s a fascinating read and a great ride. Get the scoop Here and Here.

On The Rocks: The Rise Of The Gray Divorce: Apparently, not everyone enjoys the happily-ever-after ending in their marriages. This week, the Pew Research Center reported that the incidence of divorce for Americans over 50 is climbing. Since the 1990’s, the divorce rate for those over 50 has doubled and for those over 65, it’s tripled. Much of this rise is attributable to the commonality of divorce for those in the baby boom generation, who already had unprecedented rates of divorce earlier in their lives. Shorter marriages among this age group are especially susceptible to ending in divorce. Moreover, with older individuals, divorce may carry even more downside: those on their own, especially women, become less financially secure, and the isolation and loneliness that can follow divorce carries special risk for older singles. To find out more, grab your partner, and Read Here.

Double Mates: The Cutest Couple On Instagram: While divorce may be on the rise, some older couples have clearly figured out how to enjoy each other’s company. For example: among the most popular photos onInstagram right now are Bon and Pon, a Japanese couple whose Instagram page, BonPon511, has over 350,000 followers. Who are Bon and Pon? Well, if it’s okay to use the word “cute” to describe an older couple, these two definitely win the award for cutest senior couple around. On their Instagram page you can currently view over 80 of the matching outfits that the couple don each day. Plaids, polka dots, stripes, you name it- they’ve got outfits to match no matter what the pattern. Read more about this sensational senior couple Here and follow them on Instagram Here.

THE LAST WORD: “They say a person needs just three things to be truly happy in the world: someone to love, something to do, and something to hope for.” Tom Bodett