Let Them Go: Is It Time To Rethink Our Aging Prison Population? 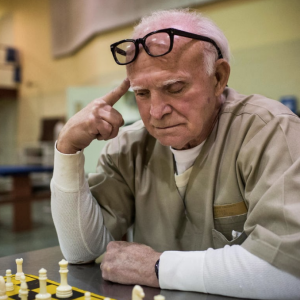 Let Them Go: Is It Time To Rethink Our Aging Prison Population?

Here’s a stark statistic you may not know: The United States has 5% of the world’s population yet houses 25% of the world’s prison population. Our controversial system of imprisonment, with long sentences and narrow release parameters, has led to a mass incarceration crisis in our country. And along with that crisis has come a particularly difficult sub-crisis: the aging of our prison population. By 2030, 1/3 of all prisoners in the US will be over the age of 50. The question to be addressed, then, is whether we need to rethink- and release- a substantial portion of these older prisoners, whose confinement and care are becoming increasingly costly and who pose minimal danger to the outside community.

In fact, given the harsh sentences of the past, combined with older adults entering the prison system, prisons are now contending with real challenges in housing and caring for older people, akin to what we see in our broader communities. Recently, Reuters published a series of probing articles focused on the California penal system, including how the system deals with demented and cognitively impaired prisoners, hospice programs that are now being developed within prisons, and a photo essay of the life of debilitated prisoners in the California system. It’s a complicated crisis, but one that is garnering attention and serious policy initiatives around the country. To learn more about the movement to release senior inmates, take a look at The RAAP Campaign, a New York-based advocacy and policy group working to release aging people from prisons.