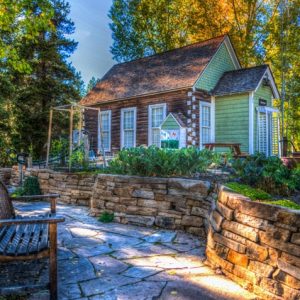 Scaling Down: Moving To A Smaller Home: So you’ve made the decision: the house is too large, the possessions too many. Time to simplify your life and scale down your living arrangement. Now what? Once that momentous decision is made, the real work begins. Trying to sell your large suburban or rural home may be a challenge given that millennials are in debt and delaying childbearing. And finding a smaller, more affordable home may not be so easy as competition for smaller homes is fierce, so that fewer are available and their costs may be surprisingly high.

And then, of course, there is all the stuff. Many of us have accumulated tons of possessions- not all of which are enticing or affordable to younger buyers who may be in the market. A recent Wall Street Journal article discusses some ways to sell your stuff, including online auction websites. They can market your expensive goods to a nationwide audience, often for a better price than your local consignment shop might fetch. One site to check out is Everything But The House. Or, you may want to look at EstateSales.org, a site that gives you access to estate sales all over the country. Perusing these online auction sites not only shows you what’s selling but also reflects what the value of your items might be. Or, if you want to try to do it yourself, grab your pricetags and check out these apps for selling your stuff Here.

Cancer Care: Older Cancer Patients And New Therapeutic Options: It’s been estimated that close to 40% of us will receive a cancer diagnosis at some point during our lifetimes. For older people, that diagnosis may be more common than you realize. More than 60% of cancers occur in patients over age 65. For an overview of what a cancer diagnosis means for an older person, take a look at this primer from the American Society of Clinical Oncology.

In some ways, this is a good time to be a cancer patient, given new therapeutic options and trends. One particularly promising approach harnesses your own immune system to combat cancer cells- a process known as cancer immunotherapy. For older patients, however, it’s not clear whether this is a viable option. Most clinical trials for this new therapy have not enrolled the number of older patients needed to determine whether immunotherapy will work in seniors. And older patients typically have less effective immune systems, another potential problem for the effectiveness of immunotherapy. A recent article in STAT outlined the many questions that need to be addressed before we can truly understand whether older patients will reap the potential benefits of this promising new approach to cancer care. For a further understanding of this challenge, Click Here. And for additional evidence of this concern, read about a new Australian study of cancer immunotherapy and seniors Here.

Let Them Go: Is It Time To Rethink Our Aging Prison Population?: Here’s a stark statistic you may not know: The United States has 5% of the world’s population yet houses 25% of the world’s prison population. Our controversial system of imprisonment, with long sentences and narrow release parameters, has led to a mass incarceration crisis in our country. And along with that crisis has come a particularly difficult sub-crisis: the aging of our prison population. By 2030, 1/3 of all prisoners in the US will be over the age of 50. The question to be addressed, then, is whether we need to rethink- and release- a substantial portion of these older prisoners, whose confinement and care are becoming increasingly costly and who pose minimal danger to the outside community.

In fact, given the harsh sentences of the past, combined with older adults entering the prison system, prisons are now contending with real challenges in housing and caring for older people, akin to what we see in our broader communities. Recently, Reuters published a series of probing articles focused on the California penal system, including how the system deals with demented and cognitively impaired prisoners, hospice programs that are now being developed within prisons, and a photo essay of the life of debilitated prisoners in the California system. It’s a complicated crisis, but one that is garnering attention and serious policy initiatives around the country. To learn more about the movement to release senior inmates, take a look at The RAAP Campaign, a New York-based advocacy and policy group working to release aging people from prisons.

Change Of Heart: The Dilemma Of Implantable Defibrillators: Agreeing to have a medical device implanted into your body is a serious decision. You and your physicians need to determine whether the risks of surgery and its side effects or complications are worth the benefits you will receive. For patients with serious heart arrhythmias, the decision to have an implanted defibrillator is one that can be life-altering. These devices rapidly detect a cardiac arrest and shock the heart into beating again. Thus, they can truly be life-saving for a patient. To understand how these devices are implanted, what they do, and what risks and limitations follow such surgery, Read Here.

One dilemma that’s likely not raised at the time of surgery, but is becoming a big problem as more people grow old with implanted defibrillators, has to do with whether to it’s ever acceptable to de-activate these devices, especially in patients who are at the end of their lives or who have a poor quality of life. When the device is activated, the shock to the heart can be painful. And it can also shock a heart back into beating in patients whose lives may be drawing to a close. Determining whether such a device should ever be turned off is truly an ethical dilemma, requiring the input of the patient if at all possible, or surrogate decision makers if they are in place. Ideally, this is an issue that should be discussed with a patient and family well before the need to consider such a difficult decision arises. To learn more about this decision-making challenge, Read Here. And one more challenge when it comes to implanted defibrillators, or more generally, any wireless device embedded within your body: such devices may be prone to hacking, leaving patients vulnerable to a previously unimaginable security nightmare. Welcome to life in the 21st century.

A New You: Cosmetic Procedures As You Age: For many of us, the lines on our face and crinkles around our eyes are badges of honor and testaments to the privilege that we are able to grow older. But for others, these signs of aging are worrisome and distressing, driving some to the nearest doctor’s office to see what can be done. There are all sorts of fillers, injections, and procedures these days that can eliminate lines and lift some sagging. Are you considering going down that path? It’s a very personal decision- but before you go, be informed. Start by looking at this FDA primer on the safety of injectables.

Whatever you decide, you probably know how popular these procedures are becoming. There’s even a sharp rise in men who are seeking cosmetic procedures such as botox. Previously, these procedures were only available to those with the financial means to see a cosmetic dermatologist or surgeon, but now the way is being paved for a more mass market approach, with the arrival of such new storefront businesses as Alchemy 43. Billed as the “Drybar of Botox,” these new commercial medi-spas practically allow you to breeze in for a shot of botox on a whim, much like impulse shopping. Think you’ll be lured in? Before you succumb, read more Here. And if you’re curious what it’s like to go through with these needles and fillers, take a look at the experience of writer Jancee Dunn, who described 15 procedures in 12 months for Vogue magazine.

Sounds Of Silence: Paul Simon At The End Of His Concert Career: Whether you’re a fan of his old Simon and Garfunkel days or prefer his more recent solo career, there’s no doubt that Paul Simon has had a remarkable musical career spanning over 6 decades. And now, as he approaches his 77th birthday in October, he’s on one last concert tour that brings him to his final concert performance back where it all started, in Queens, New York, this coming September. Tickets for this final and farewell concert at Flushing Meadows Corona Park, close to where Simon grew up, go on sale tomorrow, June 29th, to the general public. While Simon will likely continue to pursue other interests, including his many philanthropic endeavors, it’s clear that touring has taken its toll and he looks forward to a different life going forward. You can read, and watch, more about his retirement and musical career, by Clicking Here. And to see if Paul’s still crazy after all these years, check out the news and videos on his official website Here.

THE LAST WORD: “I want to grow old but die suddenly.” Tim Booth