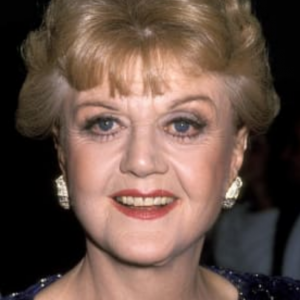 -Car Parts: Gadgets To Help Getting In And Out Of Cars

Bran-Aid: High Fiber = Healthier Aging: In yet another example of you are what you eat, researchers from Australia have just published a study which demonstrates the superior value of dietary fiber for successful aging. More than any other nutrient, fiber is associated with giving you the best shot at reaching old age disease free and fully functional. So put down that donut, pick up the bran muffin, and Read This.

Car Parts: Gadgets To Help Getting In And Out Of Cars: In the category of something you typically take for granted: few of us think twice about getting in and out of a car, either as a driver or a passenger. But for those of us with arthritic knees, bad backs or other “joys” of aging, just sitting down and lifting our legs into the car can be a Herculean task. To provide assistance, there are now several new products on the market, including a swivel car seat and an extra handle for grabbing. For descriptions and reviews of these new and often inexpensive solutions, Read This.

Rent Control: Filling The Empty Nest With Millennial Renters: We’ve all heard about the trend: millennials moving back in with the parents as a way to cut costs and save money. But what if these millennials don’t move back in with their own parents but instead with someone else’s? Enter Silvernest, a new start up aimed at pairing empty nesters, and their empty rooms, with younger renters in need of housing. For the homeowner, this new service screens renters for compatible arrangements and handles the hassles of providing leases and collecting rent. Beyond the extra income, the service may also fill the house with some welcome companionship for those living alone. Currently operating in Colorado and Minneapolis, Silvernest hopes they will help older owners stay in their homes while giving millennials a new rental option. So clean out that extra bedroom and Read This.

Screen Tests: Suggested Health Exams For Men Over 50: Most women are familiar with the sorts of regular health exams they should seek out as they get older- but is the same true for men? Experts have put together a list of screening health tests that men should regularly seek out as they begin to age. Depending upon one’s age and health history, the list includes regular screening for aneurisms, colon cancer, depression and diabetes, to name just a few…As they say, an ounce of prevention…To see the list, Read This.

No Laughing Matter: Comedian John Oliver Explains Retirement Planning: While you may not think of comedian John Oliver as a credible source of financial planning advice, in fact you need to do yourself a favor and watch the most recent episode of his show Last Week Tonight. In simple and stark (and yes hilarious) language, Oliver explains the pitfalls and problems with financial advisors, investment service fees and the drubbing you may take as you try to put away money for your retirement. So be prepared to laugh and learn, and Watch This:

Broadway Bound: Angela Lansbury Returns to Broadway At Age 90: It’s good to keep busy as we age…and some of us are busier than others. At the age of 90, actress Angela Lansbury is preparing for another return to Broadway.  The five time Tony award winner will star in a new production of the whodunit style caper, “The Chalk Garden.” Attributing her stamina and energy to a combination of tinned sardines, strong tea and gardening, Lansbury perfectly exemplifies that notion that you’re never too old to do what makes you happy. For more on this Broadway legend, Read This.

THE LAST WORD: “By the time a man realizes that maybe his father was right, he usually has his own son who thinks that he’s wrong.” Charles Wadsworth