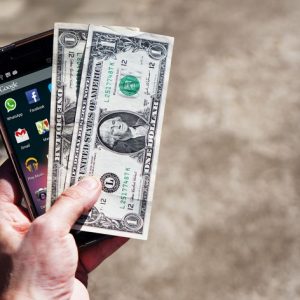 A Big Deal: New Research On Reducing Obesity In Older Women: Most women who are post-menopausal face the prospect of potential weight gain. While some women may respond with discipline and lifestyle changes, others may conclude that nothing can be done as the weight is the result of genetics. However, a new study out of the University of Buffalo School of Health concludes otherwise. The research, published in the Journal of The North American Menopause Society, reports that physical activity can modify your genetic susceptibility to obesity, and the impact of exercise appears most significant in women over 70. As lead researcher Heather Ochs-Balcon states, “The message here is that your genetic risk for obesity is not wholly deterministic…The choices we make in our life play a large role in our health.” This is especially good news because as women age, weight gain may heighten the risk for certain types of cancers. So ladies, step on that treadmill and read more Here.

On The Map: Understanding Age Segregation And Where Older People Live: There’s no dispute that the US population, as well as the global population, is aging. In the US, our median population age is now 37.9, whereas in 1970 it was 28.1. And in parts of the country- for example, New England, the Midwest, and Appalachia- younger people have left and the result is a disproportionately older population. Coupled with increasing death rates and declining birthrates, you can see that a fundamental shift is occurring. For a visual representation of these changes, take a look at the article and maps Here.

And a recent article in the Harvard Business Review makes clear that these demographic shifts may lead to real trouble, as “age segregation” can result in distortions of how the young and old view each other and could result in a generational war over resources as well as heightened ageism. In order to combat these trends, we all need to work hard to create intergenerational opportunities for younger and older people to come together. The HBR article cites the example of intergenerational programming at the Judson Manor in Ohio, about which you can watch a video Here. For another example of an effort to bring young and old together, take a look at The Sticky Rice Project, a Seattle-based community effort to bring generations together over Vietnamese food. Finding areas of commonality, and ways we can learn from each other, will be key to ensuring that age segregation doesn’t lead to harmful consequences for us all.

Gray Matters: Audio Stories That Explore The Challenges Of Getting Older: There’s little about getting older that is generalizable- the changes that come can sometimes be subtle, or stark, and the experience is often different depending on who you are, where you come from and what systems of support envelop you. For four students at the Columbia University Graduation School of Journalism, that reality became clear after they each spent extensive time documenting the stories of individual seniors residing in the metropolitan New York region. You can read more about their school project Here.

But what you really need to do is listen: listen to the stories each senior has relayed. There are podcasts about the burdens of family caregiving, the challenges of aging in place, the quandary of how to continue to engage those who are ravaged by dementia and the unique situation of a long-time older inmate newly released into a 21st-century world. Each of the four podcasts, about a half-hour in length, is worthy of your time. So settle down, or start your walk, and listen Here.

Show Me The Money: Inheritance Expectations In The 21st Century: Money- you can’t live without it but you can’t take it with you. So how are you thinking about your future finances as you age? Are you hoping to inherit money from senior loved ones to get you through your final years? Are you planning to spend it all before they carry you away so that your heirs will find little or nothing for themselves? These are tough questions, especially because it seems that a substantial portion of us are depending on that inheritance as a way to get us through lean times. In a new report from Merrill Edge, one in three people surveyed admitted they were counting on an inheritance to provide them with financial stability, and this included 20% of baby boomers polled. Apparently, this hoped-for inheritance has never been as important as it is today. So grab your calculator and read an overview of the report Here.

But how much money are we talking about? While there are estimates that up to $30 trillion may change hands and transfer from one generation to the next as baby boomers pass away, others are less sure there’s a pot of gold waiting for generations coming up. In fact, a recent post from CNBC suggests that these estimates are largely a myth and that many older people are planning to spend most if not all of their money and don’t intend to leave a large inheritance for their loved ones. So if your retirement plans include that large inheritance, think again and Read Here. And for one person’s story of how her inheritance dwindles each month that she pays her mother’s nursing home bill, check out Joyce Wadler’s humorous and reality-based tale in The New York Times Here.

Body Language: Have You Considered Donating Your Body To Science?: If you’re squeamish, you may want to stop reading. But for those of you concerned about what happens to your body after you’ve died (or concerned about the costs of a funeral), you may want to consider another option: donating your body after death to a medical center that teaches doctors in training. It appears that body donations to medical schools are on the rise as donors consider funeral costs and become less squeamish about the concept of donation. While you may think that computer models now obviate the need for such donations, apparently there’s no substitute for the real thing.

You do of course need to be careful about how you arrange for such a donation, as there are businesses around that traffic in unseemly practices. If you think donation might be the plan for yourself or a loved one, it’s best to contact your chosen medical center well in advance, to find out what their rules and policies are. For an example of how the donation of a body is handled, take a look at the policies of Weil Cornell Medical Center Here. Many programs will return the ashes of your loved one, without charge, once their work with the body has been completed. And who knows: once someone in your family starts down this philanthropic road, others may follow. For an example, check out the family donation trends of one particularly generous family Here.

Come What May: Elaine May Returns To Broadway 58 Years After Her First Opening: Perhaps you’ve seen her in the classic movie A New Leaf with Walter Matthau. Or, you’ve probably seen one of the many films she helped write, such as Primary Colors, Tootsie or The Birdcage. Or those of you of a certain age may have seen her on Broadway in 1960 when she co-starred with her comedic partner Mike Nichols. However you know her, you must know how funny and sharp a performer Elaine May has been throughout her career. And now at age 85, the playwright Kenneth Lonergan has determined to put May back on stage in the Broadway premiere of his play Waverly Gallery, which was a finalist for the Pulitzer Prize in 1991. May will play the role of Gladys, an old-school activist and gallery owner coming to grips with her life as Alzheimer’s takes hold. Tickets are on sale now, and you can read more about the production Here.

And as a very special treat, you must Click Here to watch this classic comedy sketch by May and Nichols from the early 60s. Enjoy!

THE LAST WORD: “If I’m an advocate for anything, it’s to move. As far as you can, as much as you can. Across the ocean, or simply across the river. Walk in someone else’s shoes or at least eat their food. It’s a plus for everybody.” Anthony Bourdain

“As far as I’m concerned, playing “Dress Up” begins at the age of five and never truly ends.” Kate Spade