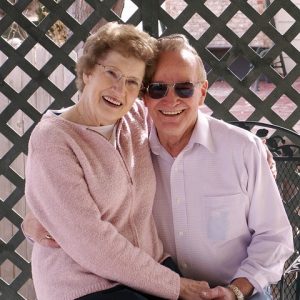 –Early On: How Can We Diagnose Alzheimer’s Before It’s Too Late?

-Peril Or Potential: What Does An Aging Planet Portend?

-Eating For The Long Term: Culinary Secrets Of Those Who Live The Longest

-Keep It Together: Couples In Retirement

–he 92-Year-Old Man: Mel Brooks Continues To Make Us Laugh

Early On: How Can We Diagnose Alzheimer’s Before It’s Too Late?: When Bill Gates speaks, people tend to listen. And recently, he’s addressed an issue that’s on the minds of many: How can we find better ways to diagnose Alzheimer’s before it takes its toll and becomes untreatable? Even though researchers suspect that Alzheimer’s begins much earlier than when the first symptoms appear, we really don’t have a way to diagnose it until the brain is already on an inexorable path to decline. Gates believes this diagnostic challenge is essential to solving in order to develop effective Alzheimer’s treatments. He’s even investing millions of dollars of his own money into a newDiagnostic Accelerator to fast-track research into finding diagnostic Alzheimer’s tests. To read more about his ideas, click Here.


At the same time, other suggestions are out there to try to solve the challenge of an early Alzheimer’s diagnosis. In a recent opinion piece in STAT, several researchers suggest that we take advantage of the Medicare Annual Wellness Visit as a way to evaluate cognitive decline in patients who otherwise seem well. The challenge is that physicians have not always known how to measure cognitive impairment in outpatient settings (and too few patients take advantage of these annual wellness checkups). But this may change as the Alzheimer’s Association has just released its first Clinical Practice Guidelines that should help physicians to evaluate patients for pre-Alzheimer’s cognitive problems. For patients who feel they’re having memory or cognition problems, or for a family member who believes this might be the case for a loved-one, physicians will now have better guidance to begin an evaluative process. This is one new step in the continuing long journey to tackle Alzheimer’s.

Peril Or Potential: What Does An Aging Planet Portend?: From one perspective, the world appears to be entering dangerous, unchartered territory. The populations of most countries around the world are shrinking while at the same time they are aging. Fewer younger workers are available to support a larger number of retired older people. Fertility rates are at the lowest they’ve ever been in the United States and by 2050, 25% of the world’s population will be 60 and older (except for Africa). These facts and others are all part of a deep dive into our aging world that you can read about in a new special report from Axios. Certainly, this sounds ominous.


Yet, from a different perspective, not so much. A recent article from the World Economic Forum instead argues that we’re too focused on the “myth of an aging society.” While it’s true that our societies are aging, it’s also true that we’ve begun to see a difference between “chronological” aging and “biological” aging. That is, while populations around the world are getting older, they’re also living longer, healthier lives than ever before so that the pessimistic view of an “aging time bomb” may miss the potential economic benefits that can accrue from healthy longevity. Rather than fear the coming financial and social burdens of an aging society, perhaps we should be investing in ways to ensure that older people can continue to be productive members of their societies well into their later years. So, are we on track for peril or potential? Only time will tell.

Eating For The Long Term: Culinary Secrets Of Those Who Live The Longest: While summer may equate with hotdogs and ice cream, those of you who hope for a long and healthy life may want to reach for something else. How about a grilled sweet potato with a side of beans?

If we’ve learned anything from the Blue Zones, i.e., those areas of the world where people seem to live the longest, we know that the kinds of foods you consume have a significant impact on your health and longevity. One Blue Zone where food choices seem to play a major role in population health is the Japanese island of Okinawa. For a glimpse into the philosophy and food that make up the Okinawan diet, check out this video. And read about the eating adventures of one food writer who explored the culinary methods and ingredients in Okinawa Here. Finally, beyond diet, there seem to be several shared traits among those who live to be 100. If that’s your goal, see how many of those traits you possess by Reading Here.

Keep It Together: Couples In Retirement: If you or your spouse are thinking about retirement, make sure to add one important consideration into the mix: how retirement will affect your relationship as a couple. With estimates of 10,000 people retiring every day and the rise of divorce among older people, it’s likely that many people are dealing with the impact of retirement on the well-being of their relationships. From personal identity to daily routines, and financial concerns to free time, couples need to think carefully about what comes after the last day of work.

For starters, take a look at this recent post in Next Avenue. It provides some useful tips for couples who are navigating this new stage of life. And if only one spouse is planning to retire, then all sorts of additional considerations arise, including learning to live on one paycheck and rethinking the division of household chores. If this is your situation then read about issues to consider inthis recent piece in US News and World Report. For a humorous glance at what may await you, you might want to check out the book by cartoonist Graham Harrop, Living Together After Retirement: or, There’s a Spouse in the House. Finally, if you’re like many couples in retirement, you know that for value as well as entertainment, there may be no better way to spend time together than a visit to Costco! If that sounds like a good time to you, then line up for your free samples and check out Kiplinger’s suggested best Costcobuys for retired couples Here.

Crunch Time: The Shrinking Supply Of Caregivers: The recent headline says it all: America Is Running Out Of Family Caregivers, Just When It Needs Them Most. In this candid assessment of the caregiving crisis now taking hold in the US, The Wall Street Journal describes the factors contributing to an increasingly fragile and patchwork system of caregiving for our elder population.

First, some realities. Over 34 million people provide unpaid care to others on a regular basis, the overwhelming majority of whom are family members. But with an aging population, families scattered across the country, the rise of elder orphans and other demographic trends, it’s easy to see what’s behind this looming crisis. Moreover, it’s been estimated that demand for paid, private home health aides will exceed supply over the coming decade by millions. What are we doing about this? So far, it seems as a society we haven’t come to grips with it. To read more about the real-life challenges of current caregivers, and a few possible ways to respond, check out The Wall Street Journal article Here (paywall).

Finally, for a ray of hope: Check out Papa, a new Florida-based start-up that bills itself as providing “grandkids on demand.” Papa connects seniors with college students who are looking for extra money by providing companionship and help to local seniors in their communities. It’s not a solution for long-term caregiving, but for some occasional trustworthy and regular assistance, it could be just the thing for your older family member. Read more about this start-up and its future plans in this TechCrunch article.

The 92-Year-Old Man: Mel Brooks Continues To Make Us Laugh: After 75 years in show business, you’d think he may want to at least slow down. But comedian Mel Brooks, now 92, continues to believe he has a mission in life: to make terrible things entertaining. From his early days in Brooklyn and the Catskills to his work behind the scenes with Sid Caesar, and through his decades of filmmaking, Brooks has been a reliably hilarious chronicler and comedian on such taboo topics as anti-semitism, racial prejudice and the infirmities of old age.

Currently overseeing a London theater production based on his movie Young Frankenstein as well as regularly performing with renewed gusto in live performances, Brooks offers up this advice for a long life: “Walk a mile a day and stay alive, sing Broadway songs, (and) you’ll live forever…and the last thing is chicken chow mein.” Read more about his work habits and his hilarious philosophy of life in this newly published interview in The Atlantic. And if you want your fill of old video clips of his comedy routines, subscribe to the Mel Brooks YouTube Channel Here. Finally, listen to a recent interview with Brooks on the occasion of the 50th anniversary of his classic original movie, The Producers.