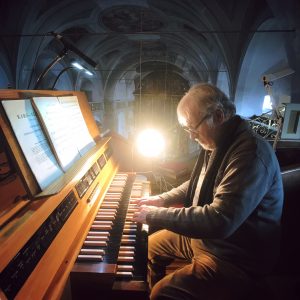 -Sunny or Cloudy: Weather Does Not Affect Your Aches And Pains

-Strike A Chord: Playing A Musical Instrument As You Age

-Over The Counter: The Safest Pain Remedies For Seniors

-In The Spotlight: Six San Diegans Who Are Redefining Aging

Sunny or Cloudy: Weather Does Not Affect Your Aches And Pains: There are some people who swear they can predict rain just by the pain they feel in their knees or back. And there is a common belief that wet or humid weather can affect the aches you feel in your joints.  But two studies out of Australia suggest otherwise. Researchers investigating this phenomenon were unable to find a significant relationship between weather changes and experiences of pain. Their advice? Instead of tracking the weather, pay more attention to things within your control in order to find effective pain management. So forget about the forecast, and Read Here.

Smoke And Mirrors: New Senior Scams For 2017: Even though it’s early in the new year, there are already plenty of schemes around to cheat you out of your money and personal information. The National Council on Aging has recently put out the word about some of these new scams. Among them are: personalized mailings appearing to award you a prize if only you send in a processing fee; fake IRS notices and phone calls demanding you pay back taxes; and solicitations to snare you into ordering a free “Medicare-covered” knee or back brace- and all they need is your Medicare info.  It’s easy to become a victim but better to be informed. Find out more about these frauds Here.

Strike A Chord: Playing A Musical Instrument As You Age: There is good evidence that those who learn a musical instrument early in their lives may develop cognitive advantages. Researchers from Montreal have determined that playing music as a child has an impact on basic sensory processes as you age, giving you faster reaction times and keeping you more alert. But even if you never played as a child, or long ago put down your instrument, there are also tremendous advantages to taking up an instrument later in life. Whether it’s an activity to check off your bucket list or a passion you want to revive, playing an instrument as a senior can bring tremendous joy and satisfaction. Further, the older brain can certainly learn a musical instrument and there are cognitive benefits to diving into music, including memory enhancement and brain stimulation. To learn more about the benefits of playing music, both early and later in life, chime in and Read Here and Here.

Tech Toys: The Latest Gadgets To Assist Seniors: Each year, at the major consumer electronics conference in Las Vegas, the latest tech toys are revealed to the delight of young gamers and tech fanatics. But this year, some of the more interesting revelations involved gadgets geared to an older audience. Between “smart” canes that have sensors and GPS, to wheelchair pads that can detect the posture of the person sitting in the chair, the tech world has begun to identify ways to do good and do well.  With the aging of worldwide populations, the sky’s the limit in terms of possible opportunities to utilize technology in the day to day lives of seniors. To check out some of these new high tech products, Click Here.

Over The Counter: The Safest Pain Remedies For Seniors: When an ache or pain arises, most of us are eager to rid ourselves of the nuisance by reaching for the nearest pill in our medicine cabinet. Over-the-counter, commercially available medications like Tylenol, Advil, or Aleve have millions of users, and many of us have our allegiance to one brand over another. But, as geriatrician Dr. Leslie Kernisan describes, these medications can, in fact, pose serious harm to seniors, and reaching for them on a frequent basis may do more damage than you realize. While everyone needs to check in with a physician about their specific situation, Dr. Kernisan writes about the risks associated with each of these pain relievers and the serious side effects that may result from prolonged use. Who knew? Dr. Kernisan knows, and she shares her wisdom Here.

In The Spotlight: Six San Diegans Who Are Redefining Aging: Perhaps it’s the amazing weather in San Diego. Or maybe the city just attracts the “super agers” we’ve read about.  But whatever the reason, the local PBS station in San Diego has decided to shine a light on seniors in the city who defy their age every day with full and varied lives. Called, “Re’Flect: Successful Aging Defined,” this six-part series features six individuals who defy stereotypes and in the process redefine what it means to grow older in this day and age. The series will run locally in San Diego in January and February and will be posted online as episodes air.  So check out Episode One and the other episode preview clips Here.

THE LAST WORD: “You may be 38 years old… And one day, some great opportunity stands before you and calls you to stand up for some great principle, some great issue, some great cause. And you refuse to do it because you are afraid…. You refuse to do it because you want to live longer…. You’re afraid that you will lose your job, or you are afraid that you will be criticized or that you will lose your popularity, or you’re afraid that somebody will stab you, or shoot at you or bomb your house; so you refuse to take the stand…Well, you may go on and live until you are 90, but you’re just as dead at 38 as you would be at 90. And the cessation of breathing in your life is but the belated announcement of an earlier death of the spirit.”  Martin Luther King Jr.