Interview With A Dowager: Dame Maggie Smith Speaks Her Mind 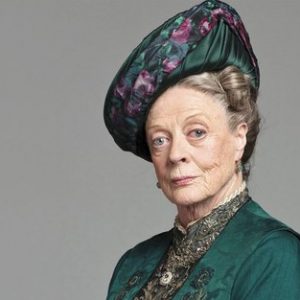 Interview With A Dowager: Dame Maggie Smith Speaks Her Mind

You may know her as the Dowager Countess of Grantham from Downton Abbey or as Professor Minerva McGonagall in the Harry Potter films. But Dame Maggie Smith, now 83, has had a long and remarkable acting career that was very well established prior to these more recent roles. In a just-released video interview with Mark Lawson for the British Film Institute, Dame Maggie describes her journey over the years, the roles she’s played and her life now as an older actress. Never one to shy away from an acerbic or honest quip, watch her discuss her remarkable life and career Here.