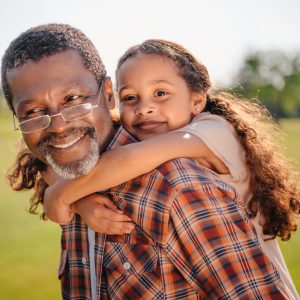 In a just-published piece in the Christian Science Monitor (following a similarly-themed piece in The New York Times from this past July), journalist Chelsea Sheasley describes the rise of “intensive grandparenting,” a phrase first used by sociologist Madonna Harrington Meyer to illustrate the hands-on regular childcare provided by many grandparents. Why is this happening? It’s due to multiple factors, including the expensive cost of high-quality childcare and the lack of structural support for working parents in our country, along with a host of other demographic and cultural shifts. Sheasley cites a study showing that 50% of young, pre-elementary school kids spend time with their grandparents each week, suggesting heavy grandparent involvement (to be distinguished from the separate issue of grandparents actually raising their grandchildren). While this type of caregiving may disrupt the slower-paced life that many older adults anticipate for their later years, the joys and rewards can be innumerable. Though, as New York Times writer Paula Span wondered in a recent column, what will her granddaughter actually remember of the countless hours she’s spent with her grandmother during her early years? While young children retain very little of the events in their lives before age 3, grandparents who spend intense time with the grandkids can help cement memories through shared conversations about the details attached to such time together.

On the other end of the spectrum are grandparents whose time with their grandchildren is limited or even non-existent. When, for example, adult children get divorced, one set of grandparents may end up being cut-off from grandchildren or have their time together severely limited. A recent article in Considerable outlines the limited legal options for grandparents who want to pursue visiting rights, though the laws vary from state to state. Likewise, another recent post on the website Next Avenue describes the limited options available to grandparents who have a difficult relationship with estranged adult children. The advice? Invest the time and energy in rebuilding the relationship with the adult children, along with keeping emotions in check, expectations limited and interactions as positive as possible. To get more suggestions, hold your tongue and read more here.