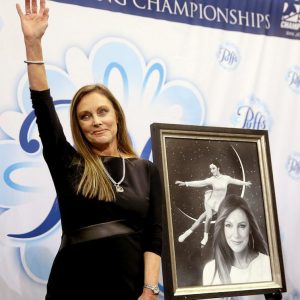 The 2018 Olympics just ended and decades from now, athletic stars such as Chloe Kim and Adam Rippon will likely be remembered for their athletic prowess and the way they changed their sports. Fifty years ago, it was skater Peggy Fleming who held that position. Her gold medal-winning skating routine was the first publicly televised in color, and her chartreuse outfit, handsewn by her mother, became part of her iconic profile of grace and elegance on the ice. On the occasion of the 50th anniversary of her historic win, Fleming, now 69, has publicly reflected on its impact on her life and the life she went on to lead following that Olympic performance. For a trip down memory lane, watch Peggy Fleming Here.  For more about her current life, her continued exercise regimen and even a view of her award-winning routine, Click Here.