How Sweet It Is: James Taylor At Age 71 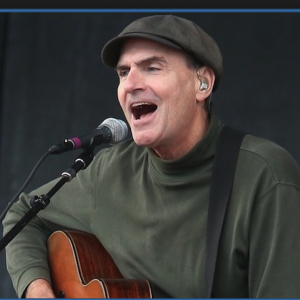 How Sweet It Is: James Taylor At Age 71

Did you know at age 19 he was signed to a recording contract by the Beatles? Or that he bought his first guitar in New York City, on a trip from his home in North Carolina, at age 12? Or that he’s recently been an artist-in-residence at Caesar’s Palace in Las Vegas? Many of us feel we know James Taylor really well, perhaps because his music and lyrics seem to speak to our emotions in ways that no other singer/songwriter does. Over the past 5+ decades, he’s sold over 100 million records, won 5 Grammy awards and been inducted into the Rock and Roll Hall of Fame. And he continues to be a top-drawer entertainer even at the age of 71.

Luckily for his fans, there are a number of ways to watch him perform even if you’re not able to attend a live concert. There are videos of his performances on YouTube, his Facebook page and he’s even released some old footage of himself performing as a young man on Sesame Street! It’s clear even to this day that he thrives on live performances, as you can see from this recent and heartwarming performance of “Carolina On My Mind” from The Late Show with Stephen Colbert. And he’s also known to be kind and gracious to his fans- as you can read from this recent outreach he made to one dedicated older fan. Taylor himself has had a long career marked by periods of challenge, including mental health issues, drug addiction, and several marriages. Fortunately for those of us who are ardent fans, his voice is still sweet, his music continues to speak to the times and his love of performance remains strong. To further fall under the James Taylor trance, put on your headphones and listen to his recent conversation with the New Yorker’s Adam Gopnik here.