Golden Girl: Betty White Is The First Lady of Television At Age 96 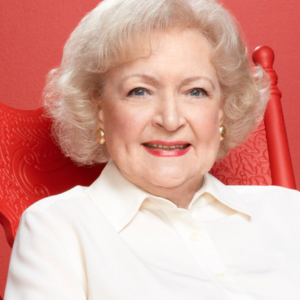 Golden Girl: Betty White Is The First Lady of Television At Age 96

It’s pretty unusual for someone to be in the same professional line of work for 80 years. But then there’s nothing usual about actress Betty White. The Emmy and Golden Globe-winning actress, now 96 years old, has starred in some of the most notable television series of all times, including The Mary Tyler Moore Show and of course, The Golden Girls. And now she is about to star in a new documentary to be aired on PBS on August 21, Betty White: First Lady of Television. A few interesting facts about Betty that you may not know: She is a devoted animal enthusiast and she was the first woman to produce a national tv show. It took five years to make this documentary, and no wonder: she’s had a career spanning so many decades and has had so much success that there’s an enormous amount of material to present.

And if you’re interested in more facts about both Betty and her Emmy award-winning show The Golden Girls, you may be interested to learn that there’s a new Golden Girls Trivial Pursuit Game!  Or, if you can’t get enough of those four golden ladies, take a look at the new Golden Girls Action figures set to go on sale in early 2019. Finally, for some snappy one-liners direct from the show’s dialogue, check out this Buzzfeed list of 22 great quotes from the show.