Getting A Gig: Older Workers In A Changing Economy 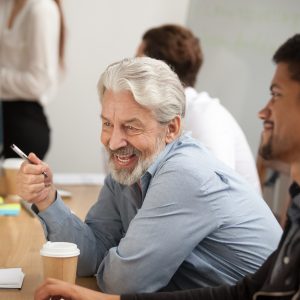 Getting A Gig: Older Workers In A Changing Economy

It’s hard enough being an older worker in today’s world. Holding on to a job becomes challenging when ageism in the work world appears to be commonplace and younger workers may be resentful that their older colleagues continue to hold on to their positions. But given that older adults often have insufficient retirement funds, voluntary early retirement is not in the cards for most, and for those who involuntarily lose their positions, the hustle to find something else can be a real challenge.

The question then becomes, is there a place for older workers in the modern gig economy? The term “gig economy” refers to a general workforce environment in which short-term employment, temporary vs. permanent contracts, and freelancing are commonplace and where workers have few, if any, benefits. Gigs (i.e.jobs) are often measured in months rather than years. Chip Conley, the founder of The Modern Elder Academy and a nationally renowned speaker on intergenerational work environments (and founder of the excellent new daily blog, Wisdom Well) urges new, innovative companies to include older workers in the mix, saying, “Life is a glorious potluck. We each bring to the table that which we do best. We also learn each other’s recipes. That is the new sharing economy.” But for many “modern elders,” being part of the gig economy is a dicey financial proposition. A new Research Brief from The Center for Retirement Research of Boston College cautions that older workers (those in the 50-62 age range) who spend considerable time in these “non-traditional” jobs can end up with as much as 25% less retirement income than those who remain in jobs with traditional benefits until they retire.

Nonetheless, whether by choice or necessity, many older workers find themselves in temporary or seasonal jobs that offer few perks beyond employee discounts. These jobs can be essential to earning basic or supplemental income or to help with bills or gifts during the holiday season. In fact, AARP recently put out a list of companies offering seasonal employment for older adults, including UPS, Target and Kohls. While some of those positions could lead to more permanent employment, most are filled just to keep up with holiday demands. For help with more permanent employment, you may also want to check out the AARP Job Search site or check out the advice from Money Talks News here.