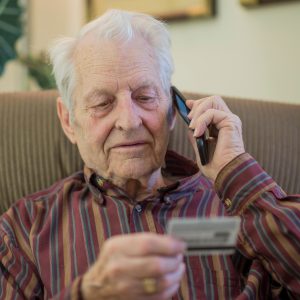 Unless you’ve been living under a rock, you know it’s both tax prep season and the start of the upcoming 2020 US census. Given that both of these activities involve you handing over personal data to 3rd parties, it’s also a perfect opportunity for scammers to fraudulently take advantage of you and steal your money or identity. Before it can happen to you, consider these potentially fraudulent scenarios.

First, the IRS. One key piece of advice to remember. The IRS will not call, text or email you. Generally speaking, the IRS (as well as the Social Security Administration) continues to communicate with taxpayers through the US mail, though that may not insulate you from potential theft. For example, CNBC reports that perpetrators have used all sorts of schemes, including emails, social media, and websites to get you to part with such personal info as your tax ID or social security numbers. Some scammers pose as tax professionals to steal private info. And if they’re not posing as accountants, they may have already attacked your actual tax preparer with ransomware attacks, thus holding your private info hostage. They may use that ransomed info to file fake tax returns in order to steal your refund. The professional advice? Always demand a written letter explaining whatever claims are being made against you by the IRS or the SSA and carefully review the letter (look beyond the official-looking stationery) for spelling or grammatical errors that suggest a scam.

And as has been suggested in the context of fraudulent social security letters, if you’re ever suspicious of a letter you receive (especially one promising higher benefits, larger refunds or demands for payments), you’re best off calling the appropriate federal agency to confirm the authenticity of the letter. One more piece of advice? “Never click a link or open an attachment without independent confirmation of the sender.” Why is that? Scammers are pretending through email to be your work colleagues, boss, CFO or some other trusted colleague when in fact they may be perpetrating a fraud on you- and the same holds true with caller ID- they may not be who your phone says they are.

There’s also a scam going around involving fake checks, though this one seems to be ensnaring younger people rather than older adults. The scheme goes like this: Someone sends you a check- perhaps you’ve “won” a contest or someone thinks they owe you a “refund”- you deposit the check and it appears in your bank account, making you think the money is free and clearly yours. However, for some reason, the sender then asks that you send back a small portion of that money- and poof, you not only lose that amount but in a matter of days, your bank will likely inform you that the entire check was fraudulent and you’re now swindled out of your own money. These sorts of scams have increased 65% since 2015 and consumers have unwittingly forked over millions of their own dollars as a result. So, if it seems too good to be true that someone is sending you “free” money, it’s likely a scam.

Finally, regarding the census. Beware of phony emails asking for your info. The Census Bureau will not be using emails- they will be sending out postcards later in March. So before you’re fooled find out more here.