Follow This Wisdom: The Value Of Yoga For Older Women 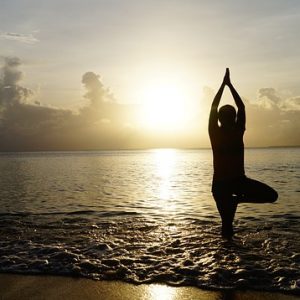 Follow This Wisdom: The Value Of Yoga For Older Women

For the uninitiated, yoga can seem like a mysterious undertaking with unknown benefits and difficult physical poses. But for those who practice yoga, its value as both a form of physical exercise and relaxation is clear. And now, there is research to show that in older women, practicing yoga may also help the body better utilize protein, thus helping to maintain muscle mass. Researchers out of the University of Connecticut followed women ages 50-65 who practiced Vinyasa yoga for at least 2 years, and a control group who did no yoga or exercise. The women who practiced yoga had lower body fat and higher muscle mass, and they burned more fat at rest. Given that yoga poses are less stressful on joints than other forms of exercise, and that it’s associated with other health benefits, it may be time for you to summon your inner voice and pursue this ancient endeavor. Read more about the research Here. And listen to 105-year-old yoga follower Eileen Ash, who started yoga at age 85, explain her yoga devotion Here.