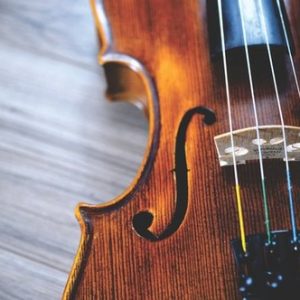 WQXR is a beloved classical music radio station in New York. It has a devoted following, including 93 year old Holocaust survivor Joe Feingold. A long time musician himself, Feingold heard about a drive for used instruments that WQXR hosted a few years ago, and decided it was time to donate the violin he received in a displaced person’s camp in 1947. The recipient of that donated violin, 14 year old Brianna Perez, lives in the nation’s poorest congressional district in the Bronx. This act of kindness, and the friendship that developed between Joe and Brianna, is the focus of “Joe’s Violin” a short documentary that premiered at the Tribeca Film Festival and is now screening around the country. In fact, tomorrow, Sept 23, the film will be screened at the Greene Space, part of WNYC in New York City. To get a peek at this touching story, watch the trailer Here.