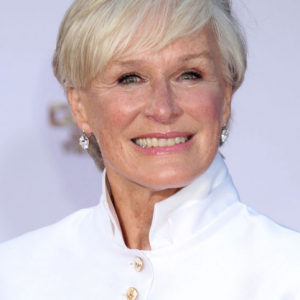 It’s an all too familiar story for women of a certain age: A decades-long marriage in which the wife sublimates her ambitions and talents to support the husband as he prospers and succeeds. For some couples, this arrangement works- for others, the combination of inflated egos and lost opportunities becomes too much to bear. It can be high drama and now, in a new film, Glenn Close brings this tale to life in the about-to-be-released The Wife.

Adapted from the 2004 Meg Wolitzer book of the same name, this film may finally result in an Oscar for Glenn Close, who in her decades of movie acting, has been nominated 6 times but has never won. The 71-year-old actress has received numerous accolades throughout her life, including 3 Tony Awards and 3 Emmy Awards. Her performance in The Wife is richly nuanced and made all the more special as her own real-life daughter, Annie Stark, portrays the Glenn Close character at a younger age. So grab your popcorn and watch Close, along with co-star Jonathan Pryce, discuss her career and this movie with CNN’s Christiane Amanpour Here.