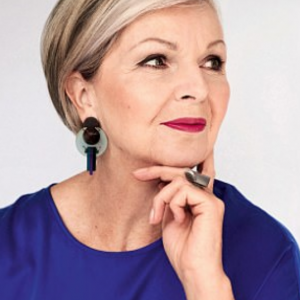 -Give It A Shot: A New Way To Fight Cholesterol

-Don’t Risk It: Have You Gotten Your Shingles Vaccine?

-The Great Divide: Few Can Retire To A Life Of Luxury

-The Smell Test: Can Your Ability To Smell Predict Alzheimer’s?

Give It A Shot: A New Way To Fight Cholesterol: For those of us who are warriors in the fight against high cholesterol, it’s a never ending battle to eat wisely and take the daily medications. But a new “weapon” may be on the horizon: Enter Inclisiran, an injectable drug in development that has been shown to cut LDL (“bad”) cholesterol by 1/2 or more. Researchers are excited about this dramatic reduction in cholesterol levels. If additional clinical trials confirm these results, and FDA approval comes along, this could be great news for those of us at high risk of heart disease, heart attack and stroke.  And the even better news: it’s anticipated that 2-3 shots a year of Inclisiran could do the trick. So if you’re hoping to ditch the daily pill and try the occasional shot, Read Here.

Hear Ye Hear Ye: A Humorous And Candid Ode To Hearing Aids: We’ve previously highlighted the terrific blogger Alyson Walsh, whose blog, That’s Not My Age, comments on issues of style and lifestyle for women as they age. With occasional guest bloggers and interviewees, Alyson provides an interesting glimpse into the lives and opinions of stylish older women. One recent commentary from the award-winning British writer and journalist Elaine Kingett presents a quick and candid look at the benefits and burdens of wearing hearing aids. Given the somewhat dismal stereotype of those needing hearing assistance, Elaine’s story is a funny counterpoint from her own personal experience. Especially if you’re considering taking the leap and trying a hearing aid, Read Here.

Don’t Risk It: Have You Gotten Your Shingles Vaccine?: If you’ve ever had shingles, you won’t soon forget the frequently painful rash that erupts- sometimes leading to months, if not years, of nerve pain.  Estimates are that one in three people over age 50 will develop shingles, and for those over 80, half of them will ultimately be afflicted. But this does not have to be your fate. There is a vaccine which the CDC recommends for everyone over 60, yet only 20% of the recommended population has received this vaccine. So why put yourself at risk, when an effective prevention exists? To get the scoop, and the shot, Read Here.

The Great Divide: Few Can Retire To A Life Of Luxury: The Great American Dream: Decades in a stable, well paying job, then secure retirement and easy street going forward. For most, that dream no longer exists and in fact, a nightmare scenario has arisen. Fewer and fewer Americans these days can even dream of any sort of retirement, with little in savings and insufficient or non-existent pensions to supplement social security payments. In fact, 35% of households heading towards retirement have no savings put aside, as employer pension plans have all but disappeared. With the large gap in income distribution, and the stagnation of middle and lower income wages, putting aside savings becomes nearly impossible for many, and a significant portion of the population is just one catastrophic event- divorce, illness, layoff- away from losing whatever meager savings they have. This coming tsunami of senior poverty is stark and likely unavoidable. To better understand its dimensions, and possible ideas to address it, Read Here.

The Smell Test: Can Your Ability To Smell Predict Alzheimer’s?: This doesn’t smell good: apparently, scientists have now found a link between the impaired ability to recognize and remember smells, and an increased risk of Alzheimer’s. With a new study published in the Annals of Neurology, researchers at the Massachusetts General Hospital have developed a non-invasive test that demonstrates that deficits in odor identification correlate with Alzheimer’s disease biomarkers and cognitive decline. The good news is that if this test is validated after further research, it will provide the opportunity to detect Alzheimer’s at a very early stage, which may then allow for new therapies to slow down or even halt progression of the disease. So take a deep breath, and Read Here.

Beauty Mark: The Entrepreneur Behind “Look Fabulous Forever”: You might not want to admit it, but your image of a successful internet entrepreneur probably does not include a 68 year old British grandmother who knew little about computer science or the digital world when she launched her business. But what Tricia Cusden did know was that the cosmetics industry had a poverty of imagination about the lives of older women. So Cusden launched Look Fabulous Forever, making herself and her company relevant and accessible with YouTube videos, and today she has a thriving company whose growth doubles every six months. Not only has Cusden changed the perception of what makeup can be for older women, she’s also changed the image of what older women can accomplish when they put their minds to it. Check out her website and read about this bold and beautiful woman Here.

THE LAST WORD: “Never too late to learn some embarrassingly basic, stupidly obvious things about oneself.”  Alain de Botton