Dancing With The Star(s): 83 Year Old Chita Rivera Kicks It Up At Carnegie Hall 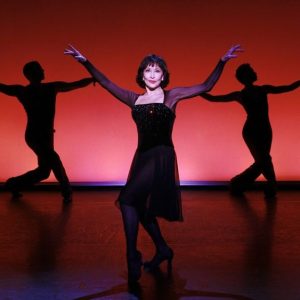 Dancing With The Star(s): 83 Year Old Chita Rivera Kicks It Up At Carnegie Hall

You know her from decades of movie, theater and television performances, not to mention she’s been nominated for a total of 10 Tony Awards. But what you may not know is that on November 7th, 83 year old Chita Rivera is finally coming to Carnegie Hall for the first time. Notwithstanding career ups and downs, and multiple surgeries, including a recent knee replacement, Rivera is still dazzling and dynamic. Her Carnegie Hall debut will include many younger collaborators, including cast members from Hamilton. Read about Chita, and see a slide show of her career highlights, Here.