Cast Your Vote: Rethinking How We Vote During 2020 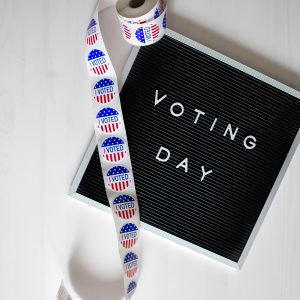 Cast Your Vote: Rethinking How We Vote During 2020

If there’s one thing to be said for older adults, we show up at the polls- both as voters and as workers. While older voters tend to show up at elections more than other demographic age groups, you may not realize that older adults form the largest block of poll workers, with 6 in 10 poll workers over age 61, and 25% of poll workers over age 70. Simply put, if older adults did not come out in force to staff polling booths on election days, in-person voting might be severely curtailed. So given the dangers of the coronavirus and concerns about exposure, especially among older people, we may need to rethink our usual methods of voting for the upcoming primaries and the 2020 general election.

In fact, the majority of those surveyed, both young and old alike, have expressed serious concerns about voting in person this fall. A brand new NBC News/Wall Street Journal poll found that, due to fears about the coronavirus,  ⅔ of voters want the fall election to be conducted by mail-in voting and 58% want permanent changes to the way we vote. Another poll found that more than 70% of voters in key swing states want no-excuse absentee voting, which represents a historic shift in thinking. In fact, currently, all 50 states do have the option of voting via absentee ballot, but the reasons and requirements differ significantly from one state to the next. So before you think about donning your mask and gloves come November, check out the state-by-state current requirements here.

The challenge, of course, is how to mount a national mail-in-vote election day: what are the logistical challenges, how much will it cost and will one party versus another be unfairly treated as a result? The United States already has lower voter participation than most other industrialized democracies so we want to try to avoid even further dampening voter participation by switching to mail-in balloting. We already know that the costs of implementing a vote-by-mail system or even just enhancing protections for in-person voting for the fall will be significant, and the logistics of printing and mailing official ballots are mounting for a fall election season. And will one party benefit over another due to mail-in voting? A new study out of Stanford seems to put that concern to rest. To find out more, put down your party platform and read more here.

But what if we can’t get our act together in time to switch to an all mail-in ballot for November- is there anything else that can be done? Writing in Politico, election experts Edward Foley and Steven Huefner recommend we look to the same sort of mail-in balloting system used for active military members and overseas citizens. It might at least be a one-time answer for the uncertainty that faces us this fall. Find out more by clicking here.