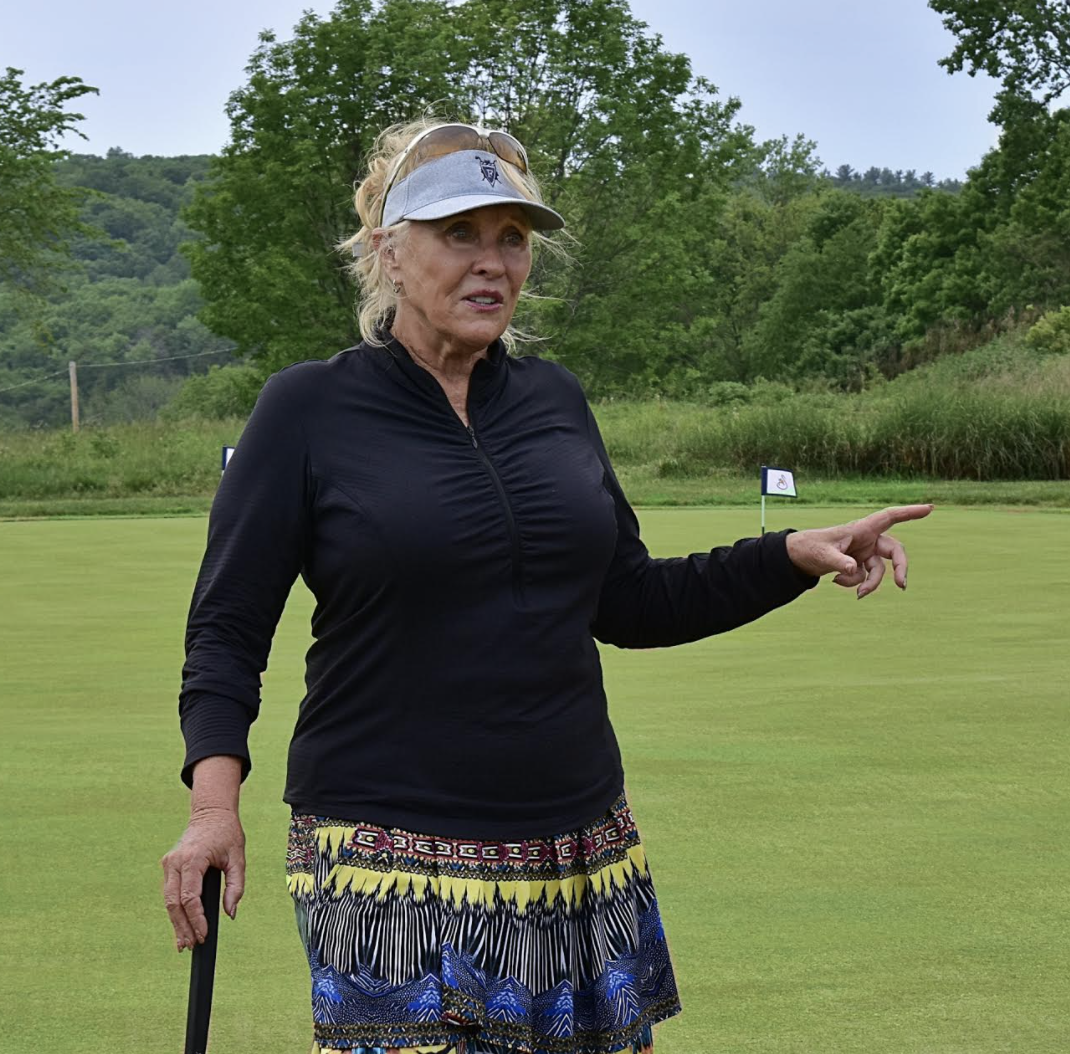 Thoughts From A Journal Of My Seventieth Year By Dave Donelson: Golf Legend Jan Stephenson Doesn’t Have Time To Slow Down

Writer Dave Donelson left his successful business career in 1999 to become a full-time freelance writer. In 2020 he both completed a memoir of his life growing up (entitled Fathers: A Memoir) and began a daily journal where he posts his thoughts, observations, and insights each day. Titled “The Journal of My Seventieth Year: A Memoir In Real Time,” the first volume of this daily diary is now available for purchase on Amazon.

We’re delighted to announce that Dave will be doing an online reading from his memoir for the Harrison Public Library on Monday, June 14th at 7:00 PM EST. For more information and to sign up for this Zoom presentation, please click here.

We are also pleased to share with agebuzz readers select individual posts from Dave’s journal, as well as his photography that accompanies the journal entries. Below is his latest selection for us.

Golf Legend Jan Stephenson Doesn’t Have Time To Slow Down, May 22nd, 2021

Jan Stephenson isn’t aging gracefully—she’s doing it enthusiastically. As the legendary golfer enters her 70s, she revels in a calendar full of golf tournaments, business travel and meetings, and philanthropic responsibilities that would exhaust someone half her age. I interviewed her today and was inspired by her energy.

“Every time I swear I’m going to slow down,” she told me, “another opportunity comes up.”

Luck seldom falls in the laps of people passing their days in rocking chairs. Jan Stephenson is one of those people who are out and about, active and alert. Someone who makes opportunities happen. She developed that trait as a teenager while devoting hours to the practice it takes to make it in professional golf. The Australian joined the LPGA Tour in 1974 and was named rookie of the year. In the early 1980s, she won major championships in three consecutive years culminating with the U.S. Women’s Open in 1983. Worldwide, she has won 41 times and was elected to the World Golf Hall of Fame in 2019.

But playing the game at its highest level was not enough for her. She urged the LPGA Tour to embrace a daring marketing strategy based on the personalities of its players and practiced what she preached by posing unclothed for a pinup calendar photo in a bathtub covered only by golf balls. She also helped found the Women’s Senior Golf Tour (now the Legends Tour) and, in 2003, became the first woman to compete in a tournament on the men’s Champion Tour.

“Maybe I should have retired, but I didn’t,” she said. “You never feel like you’re ready to retire.”

She still plays the full schedule of tournaments on the Legends Tour, squeezing golf into a datebook increasingly filled with business and charitable functions. Among other business interests, she bought (and later sold) a winery, owns a multi-state liquor distributorship and recently became a partner in a distillery.

Stephenson has always set aside significant time and energy for charitable work. At the peak of her playing career, she brought other young players to the U.S. from Australia to help them compete on the LPGA Tour. “They would spend two months traveling with me,” she said, “learning the ropes and seeing the professional game from the inside. Several of them made it on tour.” An arthritis sufferer, she produced an exercise video for the Arthritis Foundation. She was honorary chair of the National Multiple Sclerosis Society.

Today, she runs Jan Stephenson’s Crossroads Foundation, which owns Tarpon Woods Golf Club in Palm Harbor, Florida. Her mission is, “Giving to Those that have Given so Much.” She sets aside time every month for wounded veterans and first responders. “I host a group at the golf course. These are guys that are really beat up and disabled. They are so appreciative and it means so much to me to see the joy golf gives them.” She was recognized for her work in 2017 by the Military Order of the Purple Heart.

In 2018, Stephenson was awarded a Medal of the Order of Australia “for service to golf and to not-for-profit organizations.”

Jan Stephenson doesn’t have time to slow down. “It is very time-consuming to have a golf career, multiple businesses, and support the charities.” Then she adds with a smile, “Every year, I think I’m not going to work this hard, but then I work twice as hard.”