New For September: Been There, Done That: Eight Decades And Counting By Alice Herb: Instant Contact, Lost Connection - agebuzz 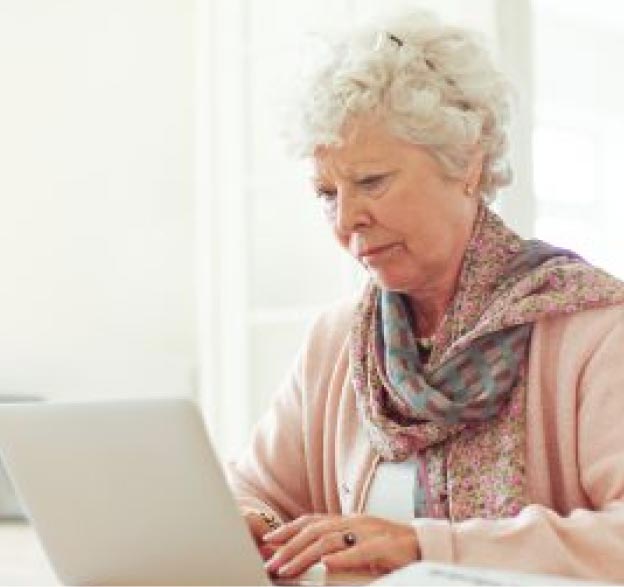 The Internet has given us instant access to the entire world. The knowledge we can gain, the ideas we’d never been able to share, the messages sent and replies received within minutes was unimaginable only a few years ago. We can now be in touch with each other no matter where we are geographically. We can even locate old friends and long lost relatives whom we never thought we would find again. Some of this new technology is absolutely incredible- but some of it has isolated us so thoroughly that we no longer know each other. What I mean is that we do not see much of each other face-to-face very often. Telephones are now virtually obsolete. Mobile phones provide instant communication but are not conducive to a personal conversation. Emails are now for older folks while Instagram is receding in popularity in favor of Twitter and so on. In this way we know less and less of each other and what is happening in our lives. Knowing each other means being able to share not just everyday lives but our emotional state and our ability to navigate through a complex world.

On a more concrete level, we are marooned on an island of solitude.  People living together have meals at the same table but are texting each other on their phones or ipads instead of talking. Walking along the street is risky as passersby are glued to their phones and don’t see what’s in front of them. Think about subways, buses, trains – no one seems to be looking around. I’ve taken to looking over my shoulder on public transport just to see what has people so spellbound. Mostly it’s games or videos or what to buy. I often wonder how they know when to get off at their stop.

What are we missing? A lot when you think about it. The biggest loss is within the family. Once upon a time, or maybe sometimes even today, families gathered at regular intervals, usually around holidays. Adult children came, siblings came, along with aunts, uncles, and cousins, and they would catch up with each other. Those were the happy hours (Norman Rockwell style) but there were also many disagreements and sometimes open warfare (so beautifully depicted in the 1990 film, Avalon.)   Flesh and blood dramas took place while eating turkey or waiting for the soup to be served. This was real emotion. And one thing was certain: family members could rely on each other in need no matter what.  Gathering today often entails long and tedious travel and awkwardness because little has been experienced together. We may be eating together but sharing little. And families no longer live nearby and are no longer participants in day-to-day life. And in emergencies, these far-away family members are not very handy.

Meeting people and making friends or finding a significant partner has also moved from the personal to the Internet. I am amazed at how many young couples meet each other on-line. It seems quaint to think that I met my first husband in college and my second husband at work. When I was first widowed, friends and acquaintances would try to make introductions through dinner parties or blind dates. If that didn’t work, then the means to meet someone was either through work or to join organizations such as Parents Without Partners, social clubs, taking courses and, most bizarrely, reading obituaries and reaching out to the bereaved widower. The second time I was widowed, seeking new connections was through carefully drafted ads placed in selected newspapers or magazines. I’m not sorry to see most of these latter routes disappear. They never appealed to me, but then on-line dating doesn’t sound great either.

Then there is the workplace. We had a whole community of friends and yes, foes, at work. It probably always was a social scene. We made friends, met future spouses, made contacts with others for better jobs, and invited each other to dinner parties. It was called networking. Now, we’ve opened up the workspace, with no more doors or private offices, but that hasn’t fostered a closer workforce. Plus, we’re increasingly working from home or wherever we choose and come back to the office in some instances as little as possible. So that “work society” is also disappearing. That for me is truly unfortunate. I count as some of my most cherished friends are people I met through my workplace, wherever it was. I still see people I worked with 30 or more years ago.

On an aside, if we do see people face-to-face it’s often at restaurants or bars. Have you tried having a serious conversation at a restaurant recently?  If the noise level isn’t high enough, then the music is turned up and we end up screaming at each other or staring. I think it’s another lost connection. I believe that people do not want to interact on a personal level. And that, I think, is also an Internet side-effect.

I could go on in how many ways we’re alone in the midst of all this frenetic communication activity. But it seems to me the brunt of this progress, if it is progress, falls on seniors. As our peers sicken and die, children living far away or staying in touch by text, email or whatever, but not in person or by phone, seniors who do not have spouses or live-in companions end up spending most of their time alone if they can no longer move about easily.

Being alone always leads me back to my mother.  She and my Dad lived in the same building as I did. They moved into their apartment after my first husband died so they could care for my young children while I pursued full-time work. My Dad died when my Mom was 82. She lived another 8 years but became more and more isolated. Part of it was inescapable. Macular degeneration took most of her sight. Loss of hearing was another issue. Some was her stubborn refusal to admit to limitations and get accustomed to aids such as telephones with extra-large numbers or hearing aids and other audio aids. And, as her remaining friends also aged and she became increasingly ornery, people stopped coming or even phoning. Finally, there was my part. I was once again widowed, was chronically overextended at work and still grieving the loss of my closest family. I did see her every day except in the summer when I was away on weekends. Yet the daily visits were 10 minutes in the morning to make certain that she was OK and perhaps 20 minutes in the evening to check in once again. I just didn’t have the energy or the patience to listen to the same complaints and the same stories day in and day out. It’s only now that I realize that she was alone, more or less, 23 ½  hours a day. I did call her a lot. I did try to hire companions, aides, etc. but she kept firing them. My brother was not very available either but then they never had a peaceful relationship. She desperately wanted family closeness but our family was small. Her sister was gone, my older son had died and my other son was away at school and later married and was trying to establish a legal practice. That left me and only me. Those are the facts of life – Internet or not.

Our society has not dealt well with issues of an aging population. How about seniors getting together and being innovative? Our current march towards being able to do everything via computers, I think, is a major contributor to poor quality-of-life issues, especially for seniors. Who out there has some good ideas to come back together again and at the same time provide new air and energy to our lives? How about becoming proactive and thinking of solutions? I’m all ears!