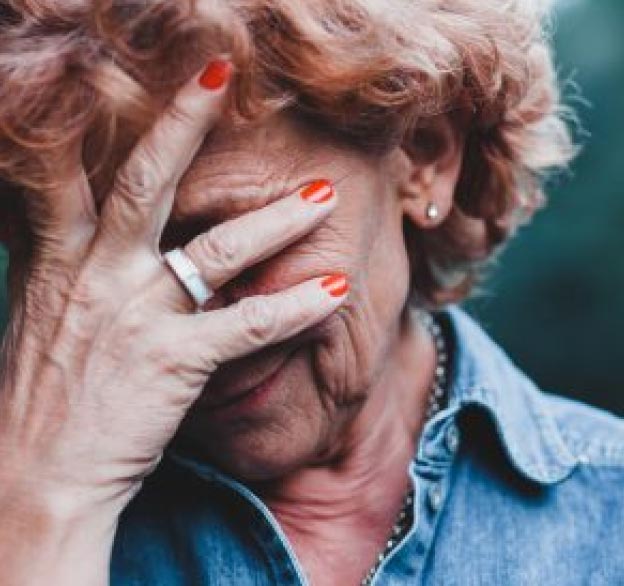 Brand New For March: Disasters: Been There And Done That Too, By Alice Herb

Disasters: Been There Done That Too

We are in the midst of a long, nasty, scary disaster for which apparently no one in the world was quite prepared. But I’m here to tell you, WE WILL GET THROUGH THIS. As someone who has lived a life full of catastrophes for 87 years, you’ll understand why I am an old hand in dealing with calamity and why I feel confident we will come out of this. I’ve been through so many crises in my life that the coronavirus crisis, too, has become, “Been there, done that” for me.  My experiences probably give me “street cred” as each crisis I’ve been through revealed some truths.

The first big one was Kristallnacht. A day of terror in 1938, when Jews were rounded up, beaten,  and terrorized. I was 5, living in Vienna, and my father was almost taken. But I screamed and yelled and they left him alone. I learned then that speaking out can make a difference. And I have scarcely kept my mouth shut ever since.

After arriving in the United States, we were safe but other family members were not. I remember listening to the radio before going to school. Tensions were high – it was 1942-43 – this was the battle that could turn the war around- and it did. Hitler could not capture Stalingrad. But then came Pearl Harbor. We were at a friend’s house, December 7, 1941, when President Roosevelt announced the attack on our naval base, “a date which would live in infamy.” War was declared. Practically, we had no up- to- date resources and the country was in the throes of a Depression. And yet, with American spirit and pride, the war was won unconditionally within 4 ½  years. There were many sacrifices, many losses, but Americans survived and conquered the peace as well, helping reconstruct war-torn areas. FDR gave the ultimate sacrifice – his life – as did so many others, but pure evil was extinguished.

In the post-war days, there was the specter of nuclear holocaust. The atomic bomb that destroyed Hiroshima and Nagasaki and ended the war was eclipsed by the creation of the hydrogen bomb. Now we were going to be evaporated into nothing. Yes, the evil had started to creep back in. I got out of high school early and became educated so that I could handle whatever came along.

A major medical cloud hung over children and adults during those years. Polio was an annual threat every summer. President Roosevelt, despite his wealth and social position, contracted polio and was never able to walk again. But he soldiered on despite his disability and showed us that with will and determination one can even become president of the United States.

Having overcome my personal terror, I married early- my future husband was recalled into service to fight in Korea. He was on the front most of the time and that had me on edge. In those days, the mail arrived about every 10 days. That meant he could be wounded or dead when I read his letters. I lived in terror of two officers arriving to deliver bad news. I learned to distract myself by continuing college and completing my junior year. And he did come home in one piece. I had hoped it was the end of my anxieties.

But the worst was yet to come. My husband died when I was not quite 33 leaving me with two children and virtually no money.  Overcoming this tragedy was a constant crisis of working fulltime and raising children on my own. Having reached some degree of normalcy, the next cruelest crisis occurred. My older son, enmeshed in the culture of the ’60s and ’70s, died in 1979 just a few months after his 21st birthday. A little over 4 years later, my second husband died of a heart attack. So, at age 50 I had been widowed twice and lost one of my precious sons. But as my younger son said to me: “Mom, we got to keep on trucking.” And trucking we did.

In the 30-odd years since I endured the death of my parents and then the AIDS crisis. I was working closely with AIDS patients trying to get their affairs in order before they died. Somewhere between 4-5 patients I worked with died each week and then I would start the next week with more patients at the hospital where I worked. But we were not brought to our knees then. I’d learned to carry on.

Then there was my disbelief as I watched from the street on September 11th, 2001 when the second World Trade Center building broke in half with bodies falling out as the building crumbled. My son’s office was close to the site and my grandchildren were in school a short distance north. To my everlasting relief, all three were well and my daughter-in-law was safe. But my brother’s office was in a building close to the Empire State Building, a prime possible additional target. Until he was found, it was hard to breathe. There was the horror of realizing ambulances were idle and emergency rooms were empty- everyone in or near the World Trade Center was dead. It was time to pick myself up once more and move on.

Now in the twilight of my life, I am concerned about my brother and grandson, both of whom have been ill for the better part of the last two years. Private worries aside, the pandemic has overtaken us.

I think I qualify, therefore, to comment on the current pandemic. Mine are probably more crises than you can imagine. But I also represent a very important status- I’m still alive and I’m still standing. I’m not giving up. I have survived and expect to survive this crisis too.

So, what can I share with you from my experiences? Over the years I’ve developed COPING skills. What do you do when you’re told to go into solitary confinement to avoid coming down with Covid-19? Even if you have someone in the house with you, it’s still solitary. How do you cope not knowing how long confinement will last? As a veteran survivor, let me give you some tips:

-No feeling sorry for yourself. You’re hardly the only one suffering. Instead, this may be the first time you’re not overextended with too many conflicting demands on your time.  You can actually sit down and catch up with yourself.

-Keep to your normal schedule. That means get up, brush your teeth, take a shower and get dressed. It’s amazing how much better you feel clean and ready to face the four walls of your home. Do your laundry and remember the old saying:  Cleanliness is next to Godliness! Do all of your daily chores. Stick to your normal life as much as possible- it’s an anchor and gives you stability.

-Catch up on the latest news. If you watch in the morning, remember to pop in your hearing aids (I forget that almost every day). Take your coffee or tea or a full breakfast with you. Now you’re ready for the world.

-Reach out to family and friends. The telephone has suddenly become popular again.  Hearing a familiar or just another human voice is an important human connection. Checking in with family and your social circle takes you into the real world of sharing current health information, arguing about politics, sharing whatever you read or watched or heard- taking you back to the world you lived in a short while ago.

-Think about what you really would like to do– not what you should do. And do it.  Yesterday my son was anxious and depressed. He loves to cook so I suggested he cook something special. Today when I called he was much more cheerful. He’d baked a cake! That would have been the last thing to cheer me up. But to each to his own.

-Get some exercise. We get creaky sitting around all day long. There are so many exercise routines on-line or on TV that it’s not difficult to find one that suits you.

-Get to bed on time. Another routine that keeps you connected to your normal life.

And with that, it’s way past my bedtime! More later. Good night and happy dreams and good health to you all! ??