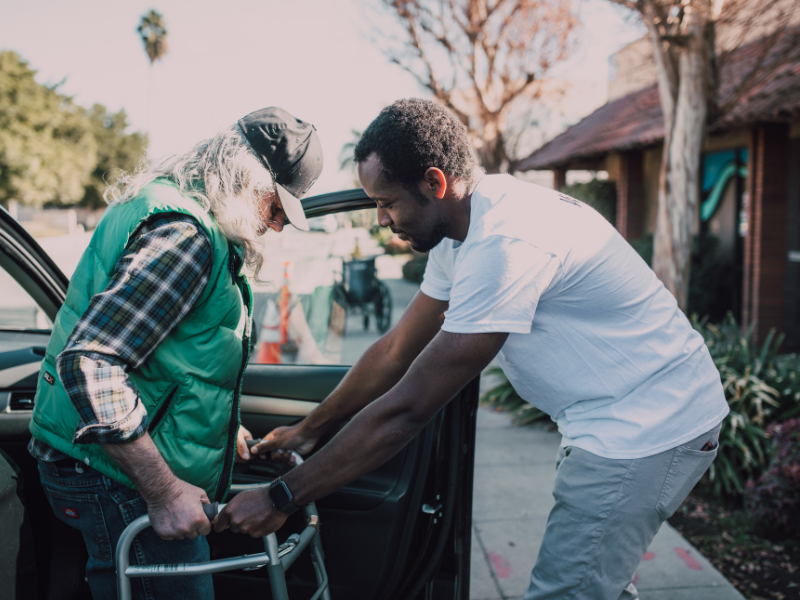 Been There, Done That: Eight Decades And Counting By Alice Herb: The Kindness Of Strangers

When I read the news every day, most of what I see are the ugly aspects of my fellow human beings. Yet as I now show the visible signs of old age, I am happy to say that most people spontaneously not only offer to help me but in fact just step forward to help.

Much to the dismay of my family, I continue the life that I want to live. That means that I take subways and buses to wherever I want to go. I also continue to drive back and forth to my beach house. But I do have physical limitations and that’s where strangers come to my rescue. Several of these incidents are worth talking about because they are so important to the quality of my life. Not only have I taken notice but I also have come to realize that these are not isolated events.

One that I love to talk about is when I once decided to keep an appointment with my physician despite the snowy weather. Snow was piled up on all the streets so I decided to take the bus rather than a taxi, as the bus would be able to move more quickly and safely. BUT, at my stop, when the door opened, I was faced with stepping onto slippery ground only a couple of feet from a mound of snow. As I contemplated what to do, the woman ahead of me turned and gave me her hand. As I tentatively looked at the prospect of walking between the bus and the mound, the man behind me said: “Don’t worry, I have your back” and where it was possible, he virtually lifted me over the snow. He waited on the sidewalk until he was sure that I could walk.

Another memorable event was when I fell face down on the sidewalk and hit my head. Within seconds I was surrounded by passersby who wanted to help. I was bleeding heavily and several people presented me with tissues while a young man helped me sit up. A woman stepped forward, said she was a nurse, and took over. She thought it best for me to go to the ER, took me there, and would not leave until I was taken in. She wouldn’t even give me her name so that I could thank her.

Then there was a subway ride at rush hour. I was standing holding on when a young man some distance away from me stood up and motioned to give me his seat. He guarded that seat until I got there but as I thanked him, I realized that around me was a larger group of young men, and so I said “Thank you- but on second thought, thank your mother for having taught you so well.”  The young men smiled and nodded vigorously. It was such a lovely moment.

These anecdotes taught me that there are people who are aware and caring and that many in the younger generation have absorbed their lessons well. These events were random but special. On a daily basis, people help with my shopping cart whether down the steps of my building, up and down sidewalks, or lifting a backpack on my shoulders. Many stop to ask if I need help on stairways. They hold the doors on subway cars or buses so that I have time to get on or off. They lift items off shelves and make way for me on check-out lines. What can I say but that this is inspiring during an otherwise very dark period in the world. So have heart: We will survive and have a bright future with such people around us.