Been There, Done That: Eight Decades And Counting By Alice Herb: Taking Care Of Myself - agebuzz 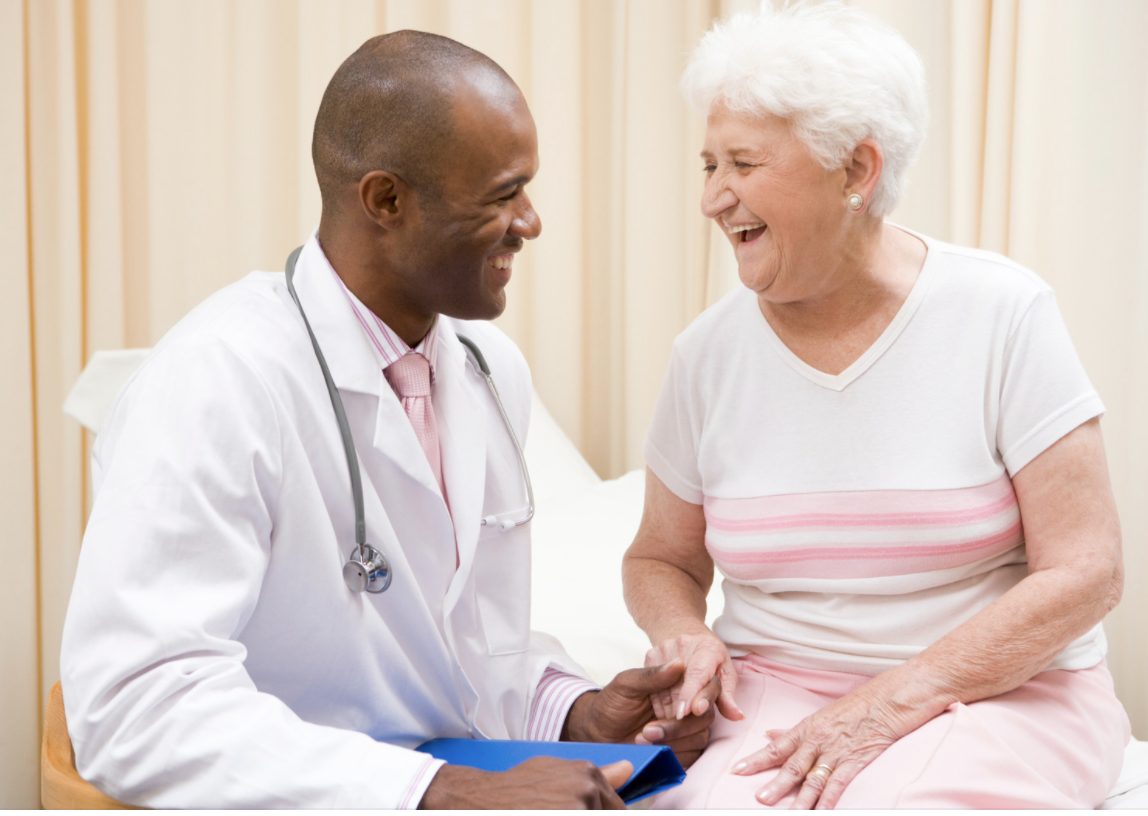 Taking Care Of Myself

As my recent annual medical check-up was ending, my longtime personal physician stood up to shake my hand. I panicked. “You’re not thinking of retirement?” I asked. “No, I just want to congratulate you for the excellent care you take of yourself.” Startled, I asked why she was saying that. I don’t obsess about my health, I don’t think. “Well,” she continued, “for a woman in her mid-80s, you are in excellent health, take no medications and do everything you can to stay active, mobile, and engaged in life.” Of course, she knew of my long-term battle to overcome severe sciatica and bad backaches, and other issues I’ve faced. But that was her point – I never give up. If only her other geriatric patients did the same. Telling this to my cousin, a retired physician, she wanted to know how and why I paid such close attention. My answer was simple. I do whatever my mother refused to do to maintain and improve her lifestyle- and sometimes I even do what she did too.  And I’m happy to share my “secrets.”

To be honest, I have excellent genes. My mother, despite her recalcitrance in accepting “fixes”, died one day before her 90th birthday. My father died shortly before his 84th birthday. Both of them were robustly healthy until practically the end. So my “secret” has mostly to do with how to “live” and not just exist. Listen up, because being observant and paying attention to what you hear can teach some valuable lessons. Let me tell you about my experiences.

I see physical breakdowns as similar to what happens to a beloved old car.  Parts break down and we try to do everything to keep our old friend moving. The first of my repairs was for my eyes. I realized in my mid-40s that my arms were getting shorter and shorter and I could no longer read menus. I surrendered quickly and dialed information to get the telephone number of an optician. The operator suggested I check the white pages (it was that long ago when phone books still were useful). I replied that if I could read the numbers I wouldn’t need an optician. She relented and supplied the number of an optician.  Wearing reading glasses was a huge blow because I had always had such extraordinary vision – being able to see the carat marks on jewelry as well as being able to read a theater marquee from several blocks away. Unnerved though I was, I became acclimated to draping glasses around my neck and was back to reading everything.

As time went on I progressed to bifocals and then to progressives, so that I could continue to enjoy my passion for art. When I got my first pair of progressives, I asked my ophthalmologist about warnings to become accustomed to the different parts of the lens. He replied that I was so keen on seeing clearly, I’d have no problem. And so it was. Years went by and I now found it dangerous to drive at night. But I love to drive and I was back to my ophthalmologist for cataract operations. The result was a delight because I could not only see at night but colors were now bright and beautiful once again. Not too long after that, I experienced a drooping eyelid. Back I went and had the minor surgery to repair this new obstacle.  Today, I no longer wear glasses except on the street and for driving. I read and do everything else without the aid of glasses.

Lesson #1 – My mother could never quite admit that her vision was failing even with a diagnosis of macular degeneration. No matter how much my brother and I tried, she would not relent. She did agree to cataract surgery but still refused any form of aids to help her see. She only surrendered to reading glasses. But her love of reading, knitting, and the like became severely limited.

Next- my hearing. I have a close friend who is an audiologist. I consulted her when I realized I was having problems. She thought it was too soon for hearing aids. But within a year I told her I was having trouble hearing my students, discussions at meetings, and at the theater. She sent me on for hearing aids after a full set of hearing tests. I was a model patient, becoming accustomed to the new devices on the subway going home. I am now on my second, more sophisticated aids but am going back for a tune-up. I want to hear!

Lesson #2:  My mother never had her hearing tested and lived for many years virtually unable to see or to hear. She was a bright, curious, fun-loving person who cut herself off because she was too vain to have those “ugly things” in her ears.

And then there are my sinus issues. Like my mother, I found that I was having frequent nosebleeds in the winter. I consulted an ENT and was put on a regimen of daily sinus flushing, nose sprays and dabs of Vaseline in each nostril to keep nasal passages moist. This daily program is not entirely successful because my steam heat is devastating in its dryness- it affects my eyes, ears, and throat. But an unexpected benefit is, I believe, that it prevents colds or, if a cold does sneak up on me, flushing my sinuses twice a day seems to push the cold out in two days.

Lesson 3:  My mother resisted seeing a physician to check her sinuses for years even though a cousin was a respected ENT. She was afraid that the nosebleeds were symptoms of a fatal disease and she didn’t want to know. After much of our hammering at her, she did finally find out what she could do but was never fully compliant. The result was she had sinus headaches, unexpected, embarrassing nosebleeds, and other discomforts.

And about my falls: I found that I was falling much more frequently than in previous years. I fortunately never had severe injuries except for a broken arm some years ago. I had a fall on a dark street caused by tripping over a discarded vacuum cleaner hose that had fallen across the sidewalk.  But I could see danger ahead and realized that my balance wasn’t what it had been and started twice a week, one-on-one Pilates session, in part to restore my old sense of balance.

Lesson 4:  My mother never even considered exercise as a way of maintaining safe mobility and she also never considered a cane or walker to support her diminishing balance.

There is one area in which Mom did right. And I observed that as well. Sciatica, and a painful back of the knee, make walking, getting up from a seated position, visiting museums and just spending a lot of time on my feet very painful at times. I have spent the better part of a year trying to get both “fixed.”  It’s been an uphill battle. Medicine does not always have the answers. I’ve seen my primary care physician, a physiatrist, a podiatrist, and a physical therapist. Relief has come in part with Pilates and daily exercise. But it’s not enough, so I returned to the physiatrist and had a steroid shot. This too was not effective, partly due to an accident on a slippery walkway that apparently undermined the shot.  But I did get up and resume walking and driving before checking in with my physiatrist. And I was not willing to try more steroids. I also realized that intestinal distress, emotional stress, and weather can all affect these disorders. But I still have not given up. At present, after some fairly strenuous physical work in my home when I could not do my usual exercises nor rest sufficiently, I have now returned to my exercise regime, my Pilates twice a week, and acupuncture. At this writing, I am much improved and ready to intensify my efforts. I remain mobile, do not give in, and lead my life as I want to.

Lesson: 5:  My mother never gave up trying to overcome arthritis – especially in her knees. She maintained a daily routine of walking at least a mile and did remain mobile to the end. Yes, one can learn a lot from observing negative, as well as positive, behavior.

My one “parts” failure that I have patiently, and with little complaint, endured concerns my teeth. Many years ago, I realized that my teeth were going to be a constant source of grief. For some reason, extreme emotional upset affects my teeth. After the death of close relatives, I sustained severe dental problems. At first, I needed gum surgery, then root canals (many of them) then two implants, and then over a period of three years another ten, yes ten, implants.  With my fingers crossed, I am now enjoying a quiet period.