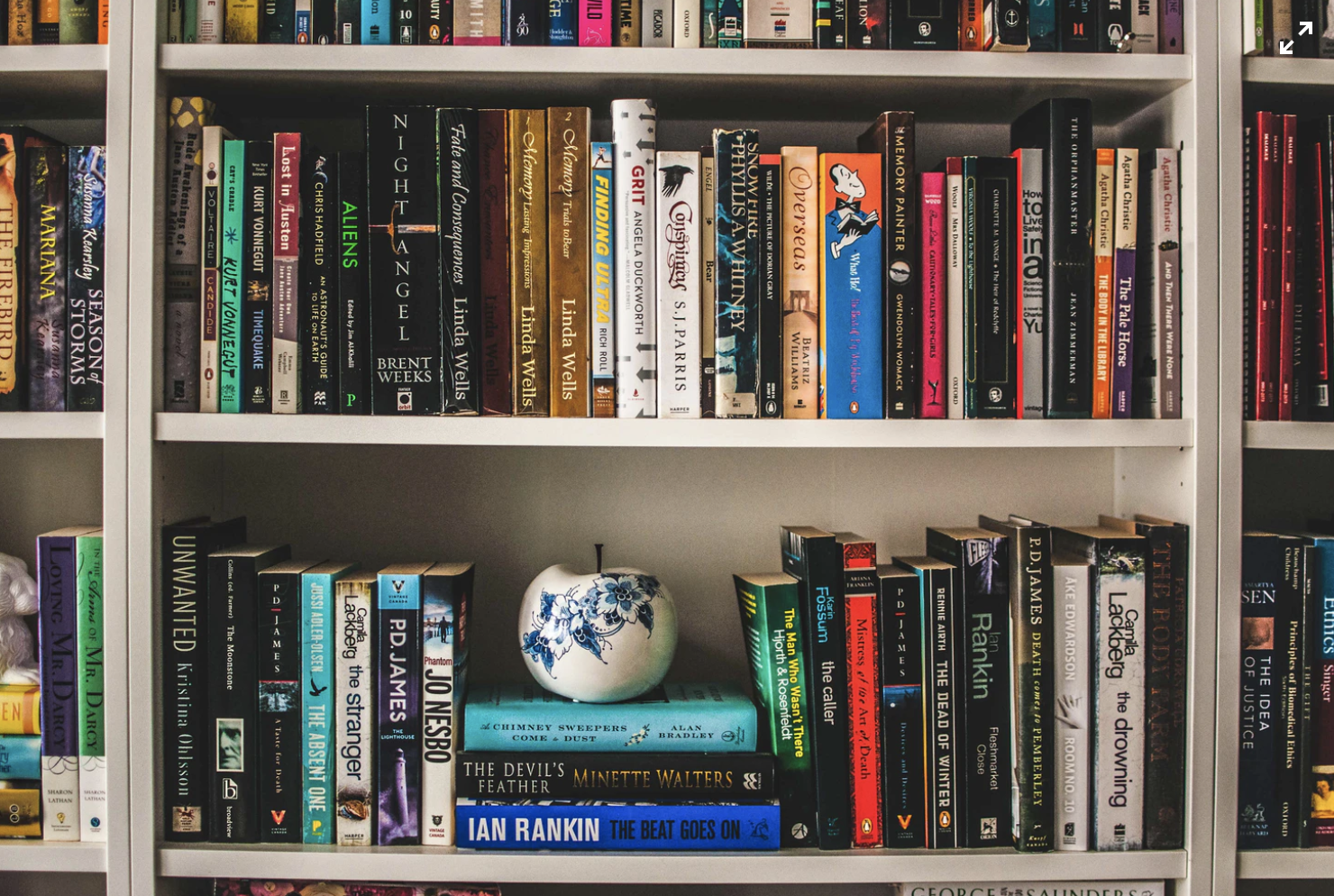 Been There, Done That: Eight Decades And Counting By Alice Herb: Pandemic Diversions

I am a newshound- but as 2020 moved along in a crazy fashion, I listened less to the “talking heads” speaking “remotely” and instead rather carefully scanned the environment around them as they were speaking. If you ever wondered about the people you see on the screen or, are nosy like me and want to know all about them, you can glean a lot of information watching people broadcast from their homes.

The first thing I’ve noticed is that booksellers do not have to worry about their trade. Overwhelmingly, the surroundings of on-air pundits are filled with books, shelves upon shelves of them. Some are neatly stacked in serious, expensive-looking bookcases. The books are usually hardcover while the more casual bookcases have some hardcovers but contain many more paperbacks and pamphlets. It’s sometimes difficult to read titles or authors but clearly, journalists predominantly have books about politics, sports, or history while language professors tend towards literature. And so their professions and principal interests are easily detected.

What is more difficult to figure out is what part of their homes is being shown. Some are home offices outfitted with desktops ready for writing, on-line research, interviews, etc. Others have devised intimate areas so as not to reveal too much of their lives. Some shift their locations for different interviews. It must be that the interviewee feels too much is seen or didn’t like what the place looked like in previous interviews. Surprisingly some broadcast locations are in the kitchen. Mostly the areas are neat and clean. No surprise there. Now that brings me to home furnishings.

I’ve always liked seeing the homes of people I meet personally or professionally because it tells me a lot about them. Now I can do this “sightseeing” without even getting off my couch. Unsurprisingly I find that most of the younger crowd tend towards modern décor. Chintz and flowered wallpaper doesn’t seem too popular unless they are conservatives. Not that personal views always fit a certain mold. I’ve been surprised that many with whose politics I disagree have exquisite taste and live in surroundings in which I would feel very comfortable. While I usually can’t see much of the furniture, I can see the doodads that decorate shelves, awards that are placed strategically to be seen, and collections that often reflect personal experience or have professional significance. Several apparently are seafarers or beach lovers. Art on the walls is sometimes really beautiful as are eye-catching posters. Other times it seems the owner recently moved in because cabinets with glass doors meant to show off pretty porcelain or glassware are either empty or have not yet been curated as a showcase. In one home, in the far background, I could see the couch and ottoman on which there was a black undefined something – maybe a lumpy jacket or sweater. Then, in the middle of the conversation, the bundle lifted its head, jumped off and a black cat with white markings came lumbering forward into the frame easily stealing the show.

Flowers are another interesting part of the picture. It’s often impossible to see if the flowers are real unless you see the location frequently. In one instance I was convinced the flowers were fake and then one day they suddenly drooped and the next day a whole different bouquet had been placed in the vase. Wildflowers seem to be popular as are mums and roses. They do add a happy note to the picture.

I do not see a lot of outside views mainly because if the person sits in front of the window, they would be back-lit and difficult to see. But in some instances, a window on the side reveals a lovely lawn with stately trees or a cityscape. All of these are hard to identify as particular locales. But that’s okay because it does show how people prefer to live. Finally, those who are concerned with privacy tend to have an artificial background placed behind them. That’s a downer and I think we should protest such unfriendly behavior. Don’t these folks realize that we all need to be distracted?