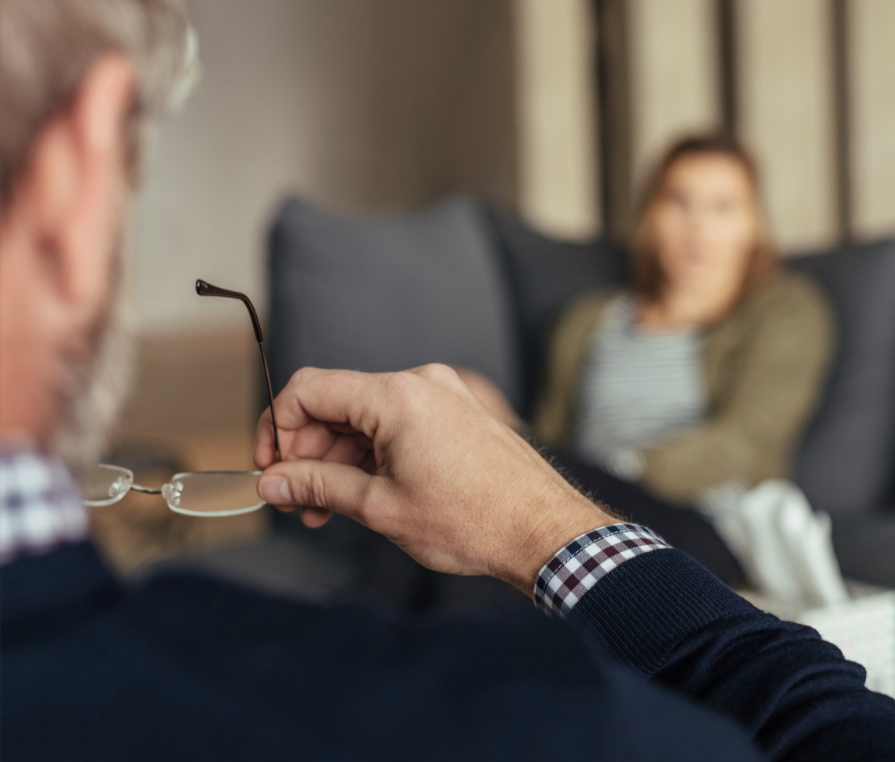 Been There, Done That: Eight Decades And Counting By Alice Herb: My Therapist And Me

My Therapist And Me By Alice Herb

When I was in my 40’s, so much was happening in my life that I could no longer cope.  My older son had gone “off the rails” and I had no way to reach him. I had to admit that was no surprise because he, too, (as well as his younger brother) had suffered many of the same losses that I had borne. But understanding that didn’t make life any easier.  At the suggestion of several friends, I decided to try therapy. I visited several therapists, all of whom I found unsatisfactory. As I was about to give up, I was given one more name. I called and made an appointment.

When I arrived, on time, on the given day, I sat down and waited and waited. Almost an hour passed before his door opened. He came out, looked at me, and exclaimed in horror, “I forgot to put your name in my book.” He apologized, said he could understand why I would not want to rebook but he would like to make a fresh start. I never understood why I agreed but I did. This inauspicious meeting started my long voyage through therapy.

I was extremely anxious, very overwhelmed, short on time, and had no use for what I considered silly rules, such as time limits on canceling appointments, punctual arrivals, punctual ends of sessions, dates for bill payments, and the worst, no smoking. At the time I was a chain smoker and found this rule particularly unbearable. I was furious, though I didn’t leave but I constantly flouted his rules. He was also furious but we both, for some strange reason, continued. I presented my long, sorry history though I wanted to keep my son at the center. It didn’t work out that way. We wended our way through many horrors: most importantly, the deaths of my older son, my second husband, and my father, all in the space of 5 years. As my therapist later told me, he was always anxious when I called because it usually meant another tragedy or disaster. Much of what happened at those sessions annoyed me, upset me, and exasperated me.  Though I always threatened to leave, I never did. Without my realizing it, he was helping me, even referring my troubled son to a therapist who, in turn, referred him to a therapist who bonded with him and made the most strides with him. Unfortunately, though, not enough to prevent his ultimate demise.

I continued to spar with my therapist, nonetheless, especially when he responded to my questions with “Why do you ask?” The most ridiculous time was when I came in, sat down, and saw one of his legs fully encased in a hard cast extended towards me. I immediately asked, “What happened to you?” and his response was the usual “Why do you ask?” Now I was really angry. How could I not ask what had happened, but he gave me an innocuous answer saying it was an accident. Yes, no kidding. But nothing more.

It was when my father died, and I finally really fell apart, that this squabbling was over.  It happened the same year that my second husband died and I had had it with grief.  My therapist was very disturbed by my frenzied state. I couldn’t even sit down so he asked that I see his supervising therapist. I did but became angry when that person asked me if I would switch my sessions to him as I was such an interesting case. I returned to my original therapist literally seething and repeated what had happened. At that point, I realized how much he was trying and how much he cared about me, his patient. It took a long time but I did benefit enough from the therapy to decide it was time to quit. I felt I had had enough.

Several years passed and once again my life was flying out of control. I called that same therapist and he cordially invited me back. I remained in treatment for another stretch of time and once again eventually quit. Many more years went by and once again I needed help. This time I asked him if he remembered me and he countered with how could he forget me and also commented that only patients who were memorable ever asked that question. Again, I stayed with him a few years and then once again quit.

Two years ago, life became intolerable once more when two close family members were seriously ill. I tried to find out if my therapist was still in practice but my research was inconclusive so I simply called his number again. I could not bear the thought of talking to someone else.  He was still practicing but warned me that he was due to retire within a year.  By now we were on a first-name basis and he would answer my questions. As a matter of fact, we recalled the broken leg.  He asked me what I thought at the time. I had somehow sensed that he was close to a divorce, that he had had a serious fight with his wife, had stumbled, fallen, and broke his leg. He was astonished because that was very close to what had happened! So much for not answering directly! Our reminiscences told the long road we had both traveled.

Our sessions are now remote because of the pandemic. One of those sessions was on my birthday. He asked me how old I was. When I told him, I asked him if he was younger, the same, or older than me. Turns out he is older. We realized that I started seeing him when he first started his private practice and now, here I was, still with him, when he was ready to retire. We were stunned that he had been my only therapist for about 45 years and we are now both approaching our tenth decade and still have work to do together. It has been quite a journey with time off for “good behavior.” But he has been a remarkable presence in my life- and  I now understand I have been the same in his.