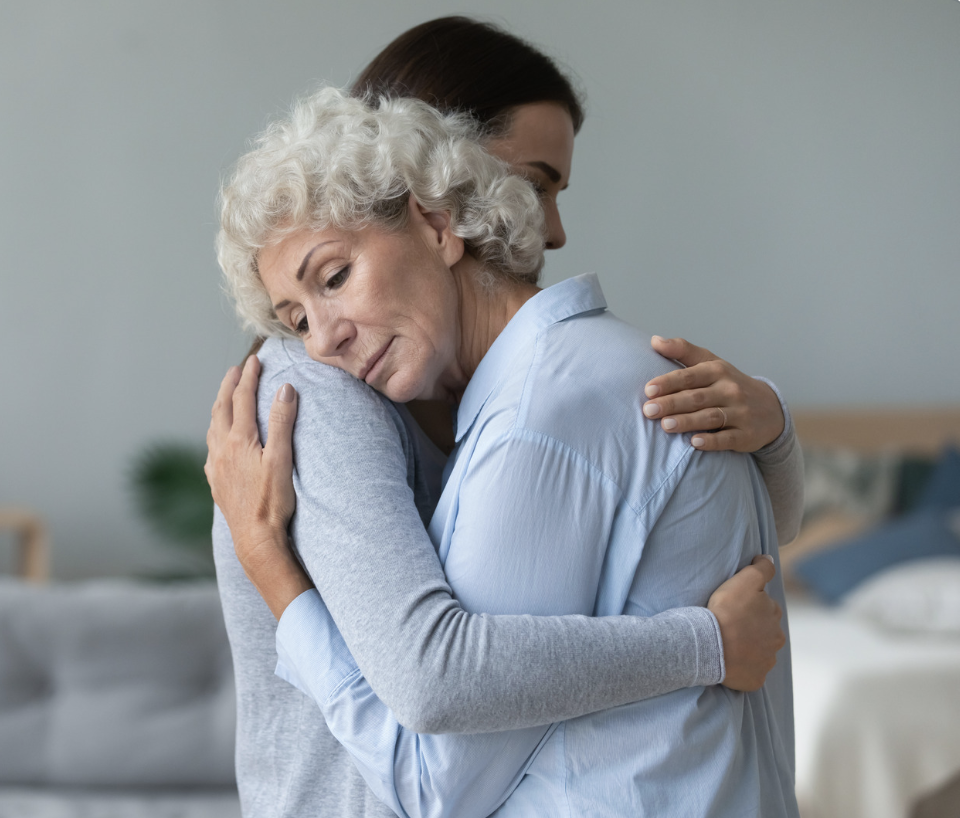 Been There, Done That: Eight Decades And Counting By Alice Herb: Grief

I am a veteran of grief. In my very long life, I have lost so many loved ones that grief has become part of my soul. First and foremost were the deaths of my first husband at age 42 followed by that of my older son at age 21 and then my second husband at age 44. In between, I lost my parents and two aunts and uncles who were like parents to me, along with many friends whom I had known for more than 50 years. And then I am also a Holocaust survivor. And yes, I am still standing. I do consider myself an expert on grief.

I don’t like reading about it or writing about it but in this day and age, there is no escaping it. We are surrounded by grief – the recent massacres in Texas and Buffalo, New York, and the many preceding these. The refugees who die trying to find safer homes, the massacres of war in Ukraine and elsewhere, starvation, the scourges of the pandemic, and the countless individual deaths brought about by killings in the schools, workplaces, homes, and streets of our country. And let us not forget the premature deaths brought about by addictions to alcohol, drugs, and more.

When thinking of what to write for my next blog post, I try hard to write about something uplifting, happy, or just interesting. But we are sadly surrounded by grief these days and there is no way to avoid it. Reading Dr. Perri Klass’ excellent essay on grief in the New York Times, I started to think not only about how each person has their own way of grieving but that I have grieved in different ways depending on who died and when.

My first wrenching loss occurred more than 60 years ago when my best friend, Uncle Paul, died of leukemia just before my younger son, Peter, was born. I remember sitting at home while his wife, my Aunt Julia, and my parents were summoned to the hospital as he was near death. I was home with my 2 ½ year old asleep, frantically wishing  Uncle Paul to die because he was in so much pain. He did die that night and I was grief-stricken. I could not get him out of my mind and now so many decades later I still think of him almost daily. The second was perhaps the most life-changing when the love of my life, my first husband, Robert, died. I knew then that the life I had wanted was over forever but that I had to live to bring up my children. With the help of tranquilizers, I managed to carry on and find jobs so that I could support them. A year and a half later I was able to get away by myself and while in Mykonos, Greece I cried and sobbed night after night but did get up enough energy to enjoy the island by day. I tried desperately to provide my children with lives that they could enjoy and look forward to. It was then that I realized that this was not a live-or-die situation but rather finding a way to LIVE. I did succeed in finding a rewarding life but more than 50 years later, I still miss him terribly and often silently ask for his advice.

The most searing, ravaging of all was the death of my son, Ricky. His picture at age 2 is prominently displayed in the foyer of my apartment so I can see it when I come and go. That mourning never stops but I have turned it into teaching and mentoring other people’s children, encouraging them, and reveling in their achievements. It has been hard on my surviving son, who often feels choked by my anxieties about his welfare, but I dote on my two grandchildren, perhaps more than I should. But Ricky is front and center in my heart at all times.

My aunts, uncles, and close friends that I have lost have been painful as well. Some years ago, I attended 6 memorial services for friends, one each month of the first half of the year. My cousin Sophie asked me at the time how I managed them so well. I responded that I didn’t take them so well. It just didn’t show.

Each death has had its own scenario of grief. So let us not prescribe and judge what the appropriate script is for grief. Let’s just learn from it. I could go on but what is most disturbing at this point in my life is how many children die senselessly leaving their parents and families bereft. How many so-called leaders, demagogues, men, and women in pursuit of money, power, or whatever, cause countless deaths and grief by failing to provide for the powerless, especially children and other vulnerable human beings. My grief does not abate but grows louder if I don’t speak out and try to stop these outrages. We must face grief, let the tears flow and decide to speak out and prevent grief where we have the power to do so. It is not fun to live with grief. I am a walking monument to that. But as an optimist, I keep my memories and keep fighting.