Been There, Done That: Eight Decades And Counting By Alice Herb: A Winning Combination - agebuzz 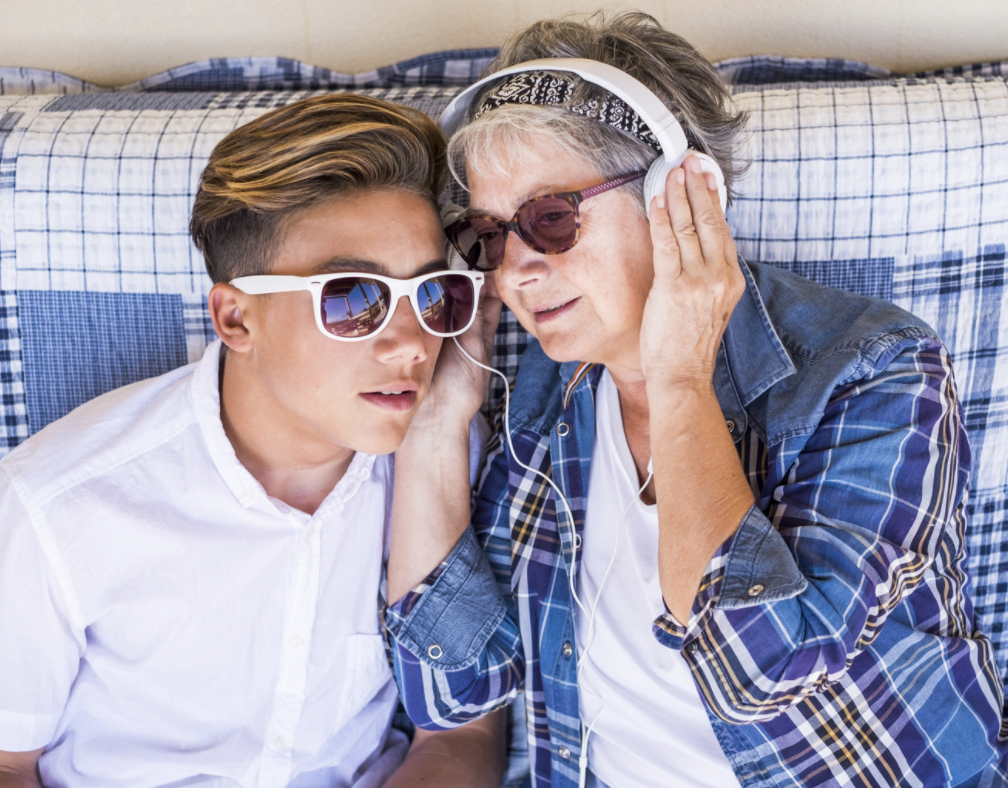 Been There, Done That: Eight Decades And Counting By Alice Herb: A Winning Combination

A Winning Combination By Alice Herb

Reading or watching the daily news, aside from viewing the bitter, angry split between red and blue, I see suggestions of a hostility between the young and old. Besides bringing up my own children and having grandchildren, I have taught college-age young adults for many years and was constantly in touch with the new generations coming up. Yes, there was always some contentiousness but there was also a lot of learning going both ways. One of my friends contends that as we grow older, we become background music, no longer as important as we used to be. I don’t think that is necessarily so. On the contrary, what I think I have missed most during the pandemic is my continued contact with my former young students or the children of my friends. The only young people I’ve had contact with have been my grown grandchildren.

I was reminded of this just the other day when I felt despondent about this lack of human contact. I had several calls from one former student, a medical student, wanting time to talk with me about which medical specialty would be right for her. My mood was instantly improved and I started to think about her personality and strengths in preparation for that meeting. I realized how much I missed that quick back and forth that one can have with a young person. As a teacher, I was always energized by the fresh, lively faces or even the bored, disdainful ones who energized me with their perspective or understanding of whatever subject was under discussion. Sometimes, it was very frustrating to try to animate the turned-off faces but they could teach me what was boring and unimportant and get me to a place where I could engage them. I rarely told them that something was impossible to do because they often came up with a possible solution. My part was to teach them the theories, principles, and skills and to take them to that place and see what they could do. In one stark instance, when I was teaching broadcast journalism, the very bright students could not figure out a visual transition from one part of the story to the next but the less talented students, while not getting the point of the story, did find an excellent transition, one that I had never thought of. It sort of left me scratching my head.

As I continued to reflect on what I, the older person, brought to any interaction, it is years of experience- and that knowledge and erudition is an important tool. We find that very little is carved in granite and as time goes by and new evidence is discovered, or some young person has a new revelation, things change. But patience, accommodation, an open mind and the ability to listen is an important lesson that older people contribute. My young medical student wants me to advise her about a choice between two specialties. My initial contribution will be that it is too early in her training to make this important decision. We’ll go on from there.

I will also tell her the story of the young man, working for a major publication, who called me to ask if he could interview me. He reminded me that I had interviewed him when he was still in graduate school. When we met, he told me that he had graduated from law school and also had a Master’s in journalism. I let him talk on about his many interests, his need to make a good living, and that he could not decide among his many passions. I did remark that this was a dilemma that anyone could envy but of course could still cause ambivalence. But even more so, hadn’t he already made a decision since he was already working in media? No, because this was a part of a temporary internship. And then I asked him a simple question: What could he not live without?

His face lit up, his eyes sparkled and he announced that I had just made the decision easy for him. He couldn’t live without news and sports. And it turned out, he was asked to stay on and became a journalist. For me, that was major satisfaction. If I helped a young person to what he would likely be doing for a lifetime, I had made a major contribution. For him, it was a revelation that wasn’t so easy to come to. There was a need for guidance.

I have this sort of close but sometimes tense conversation with my granddaughter, who is graced with many talents and doesn’t know which to pursue. We have an understanding that neither of us will hold back but try to listen and gain some wisdom.  It is a process but she has said to me that I am the only one in the family to push her and she now knows that she needs that. In fact, I reminded her that when she was in middle school, she wrote an essay describing me, and one of her “examples” about me was that she had once come running excitedly to tell me that “me and my friend..” and I interrupted her and said “What?” Rather angrily, she finally said, “my friend and I…” and continued her tale. But in her essay, she concluded that’s why her grammar is probably mostly correct! All this doesn’t mean that we never disagree but she has also taught me a lot about little children and how they think (which is her specialty) and she has powerfully tried to move me further left politically, deeming the current situation unbearable.

It is for all of these reasons and more that I believe we should encourage an alliance between the young and the old. Older adults should provide a lot of love and support in exchange for which we get fresh and delicious affection and an introduction to the new habits and mores of today! Progress and stability! Innovation and moderation!  Even writing this lifts my spirits.