At The Movies: Two Icons In Living Color 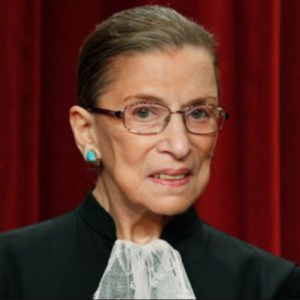 At The Movies: Two Icons In Living Color

In their respective fields, they are both living legends: Itzhak Perlman, the celebrated violinist and Ruth Bader Ginsburg, the Associate Justice of the US Supreme Court. And now, they also share something else in common: both are the subjects of new documentary films that reflect their upbringing, talent, and perseverance despite the heavy odds they faced. Perlman, born in Israel in 1945, suffered polio as a child but never let that disability get in the way of a brilliant musical career. In the new film, Itzhak, now out in limited release, Perlman’s musicality and personality are both revealed by filmmaker Alison Chernick. To find out more about the film and the man, go to Perlman’s personal website Here. Ginsburg, a pioneering attorney who persevered despite bias against women through much of her career, has had a fascinating life and it’s chronicled in the new film RBG, co-produced by Storyville Films and CNN Films.  You can read about the film, and watch the trailer, Here. Turning 85 today, March 15, Ginsburg continues to be an inspiration to younger women around the country- as you can see in this blog devoted to her. Her movie premiers in theaters May 4th, so check mark your calendar, and while you’re at it, wish RBG a Happy Birthday!