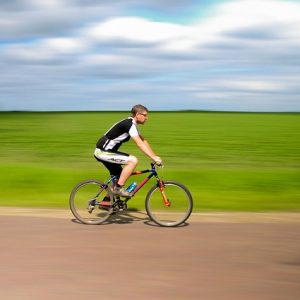 -Good Call: Police Set Up Call Systems To Check In On Seniors

-On The Go: The Value Of Biking For Long Term Health

-Age Explain: What Are Age Spots?

-Stop Sign: The Best “Cure” For Alzheimer’s May Be To Never Let It Start

-Quick And Dirty: Vice News Talks Aging And The End Of Life

Good Call: Police Set Up Call Systems To Check In On Seniors: Does this sound familiar? Your elderly mom, who lives alone, has not picked up the phone for several hours. You begin to wonder: Is something wrong? Should I call the police? Well, it could be that your mom lives in a place where the police can call her.  It turns out that in many small towns and suburban communities around the country, police departments are now setting up automatic call systems which generate phone calls to seniors who live alone in the community. It’s often a very inexpensive way to confirm that all is well with these seniors, and it can trigger further immediate inquiry if something seems amiss. Different communities have adopted different systems, depending on their budgets and the availability of volunteers. And seniors need to sign up for the service and agree to the daily phone calls. But for seniors living alone, and their family members, this can be a simple way to ensure all is okay. Find out if such a call system might be right for your community by Reading Here.

On The Go: The Value Of Biking For Long Term Health: Some of us haven’t gone for an outdoor bike ride in years…but perhaps we should rethink that choice. A new study from Scotland has found an association between those who bike to their jobs and the reduction of risk for serious illness and premature death. Researchers at The University of Scotland followed the commuting habits of over 250,000 people for 5 years and found those who biked to work had 46% lower risk of heart disease and 45% lower risk of cancer. While there’s no doubt that walking to work can also bring about benefits, they seem to be not as pronounced as those obtained from biking. It’s not clear exactly why these risk reductions occur, but it could be the intense exercise and the increased fitness that comes from biking. So dust off your two (or three) wheeler, take a spin, and Read Here. To see the actual research study in the British Medical Journal, Click Here. And for those of you with a renewed passion for biking, check out this website for older bicycle enthusiasts Here.

Age Explain: What Are Age Spots?: Along with the wrinkles on our faces and the gray in our hair, another sign of getting older is the appearance of “age spots,” also known as “liver spots” or “solar lentigines.”  No doubt you’ve probably seen some popping up on your hands, face or other areas of skin that have been regularly exposed to the sun. Usually they’re harmless and just result from increased pigmentation in the area in which they surface. Occasionally, they in fact could be something more serious, and certainly if a spot changes in color or appearance, it’s best to seek out medical expertise. People with light skin are often more afflicted, and there are medications and cosmetic procedures available to diminish their appearance or even do away with them altogether if you so choose. Interested in knowing more? Read the Mayo Clinic explanation Here. And if you’re curious about what can be done by dermatologists to lessen or eliminate these spots, Click Here.

Straight Talk: The Negative Impact Of Elderspeak: We all know that our voices tend to go high and our language becomes “sing-songy” when we talk to babies. But did you know that a similar behavior often happens when we speak to seniors, especially those who are cognitively impaired? Such language is known as “elderspeak,” which includes slow and louder speech patterns, simplistic words and often exaggerated intonation. What you may not know is such a way of speaking can, in fact, have a detrimental effect on the senior to whom you’re talking. New research published in The Gerontologist reports that seniors who are spoken to in this manner are less likely to comply with requests.  While such a way of talking may be motivated by a caring attitude, it, in fact, sends the message to the recipient that she is no longer competent or respected. Read more about this line of research Here and see the actual published study Here.

Stop Sign: The Best “Cure” For Alzheimer’s May Be To Never Let It Start: The headlines tell the story: There has been a continuous failure of research efforts to find treatments to effectively combat Alzheimer’s. Millions of dollars and untold hours of research have yet to yield any real treatments to genuinely combat Alzheimer’s once a patient is afflicted. But researchers are not without hope and not without options. Strong progress has been made over the last decade in discerning the brain changes that lead to Alzheimer’s, and many scientists have now shifted to the goal of preventing the buildup of amyloid plaques, considered responsible for the development of Alzheimer’s. In essence, the goal may now be to stop it before it even starts. Examination of lifestyle factors and possible new drugs is now underway to determine whether preventive efforts can really change the game when it comes to Alzheimer’s. Read more about this shift in research focus Here. And to read about the efforts of pharmaceutical giant Novartis to enroll people not yet afflicted in a new Alzheimer’s prevention trial, Click Here.

Quick And Dirty: Vice News Talks Aging And The End Of Life: You may never have heard of Vice News, but it’s likely your kids and grandkids have.  It’s a news source that, through edgy video and visual material, covers the news and often focuses on what it considers underreported topics. Very recently Vice News produced a 10-minute video piece on The Business of Life, with a focus on statistics and costs associated with aging and the end of life. Through quick dialogue and visual data, the piece uncovers the costs of growing old and coming to the end of your life, and it suggests to its young audience that they need to start contemplating these costs, for themselves and their loved ones. So take a peek at the video, and by all means share with your kids, by watching Here.

THE LAST WORD: “To my mind it’s curiosity that’s the key to longevity. As long as you’re curious about what’s behind the door, you’ll always open it. And the more doors open, the more places you go, the more things you see.  You don’t get smarter as you get older, you get braver.”  Sheila Nevins