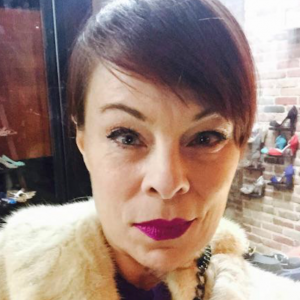 A Guiding Light: What Are The Normal Signs Of Aging?: We’ve all experienced the sensations: not feeling as energetic as usual, forgetting some common thoughts, feeling more susceptible to aches and pains. And we ask ourselves: Is this normal aging? Or is something wrong? Well, in a recent piece in Kaiser Health News, writer Bruce Horovitz lays out some general signposts regarding what may begin to happen to your body at various ages. While not everyone ages the same, the article offers some useful clues in case you’re wondering what lies ahead. So gird yourself, and Click Here.

But there’s also something to be said for carrying on and disrupting expectations. As an example, while your 70s may herald a new era of chronic illness or muscle loss, it doesn’t mean you need to pack up and retreat. For a fascinating glimpse of older people defying the expectations of aging, and exceeding the 81-year-old life expectancy of New York City residents, check out the Exceeding Expectations Project of the Columbia University Robert N. Butler Aging Center. Through individual stories in video, photography, and writing, the project highlights the lives of 20 senior New Yorkers who live active lives despite commonly-held beliefs, and some hard realities, about how they should be living.

Stand Up: Too Much Sitting Can Harm Your Brain: We already know through existing research that a sedentary life can have a negative effect on your physical health and lifespan. Now, with new research, we have more evidence that too much sitting can also be harmful to your brain. Just published in PLOS ONE, this new study out of the Semel Institute of UCLA reports that too much sitting can lead to a sizable thinning of the medial temporal lobe of the brain, the part of the brain associated with memory. It’s natural for this part of the brain to lose volume as you age but for those of you who sit the majority of the day, this loss can be exacerbated. And even if you exercise a lot, if you still sit much of the day the damage can be done. So stand up, walk around, and read more about this study Here.

Take A Bite: More Suggestions For Your Daily Diet: You know you should be eating a healthy diet. But it’s always good to have more ammunition to fortify your resolve. So, consider the following: First, from Consumer Reports, take a look at their just-published complete guide of why you need to be eating carrots. From fiber to antioxidants, carrots contain it all. Next, you love them in your cereal and yogurt but did you know that berries contain a compound that looks promising in reducing the activity of cancer-causing genes? New research out of the University of Eastern Finland gives us hope that someday berries may be recruited as a new weapon in the fight against cancer. Take a look at this promising research Here. Finally, by now you know that nuts contain nutrients important for your heart health. You may not realize that hazelnuts also share this quality, in addition to containing other things important for healthy aging, skin, and hair. So scoop a spoonful of Nutella and take a look at the benefits of hazelnuts Here.

Brain Twister: Untangling The Latest News About Alzheimer’s: It seems that almost every day brings a new story about Alzheimer’s: the latest drug failure, the newest research findings, the predicted explosion of new cases. In fact, progress is being made to determine causes, define symptoms and develop approaches for combatting this dreaded disease. Here are some recent updates: First, you may have heard the controversy surrounding the definition of who has Alzheimer’s. To date, the diagnosis has been given after a cluster of symptoms have appeared. But for researchers, especially those trying to find reliable ways to detect the disease before symptoms appear, the current method has not been helpful. Listen to this NPR story of how scientists are now pushing to change the designation of an Alzheimer’s diagnosis.

And about those causes and symptoms? There appears to be growing evidence that sleep (or its lack thereof) may play a role as both a contributing factor and sign of disease. First, a new small study from the National Institutes of Health reports that sleep seems to play an important role in clearing the brain of beta-amyloid, the substance that clumps in the brain and is closely tied to an Alzheimer’s diagnosis. Lack of sleep may therefore contribute to the harmful build-up of this substance. Read more about the study Here. As well, excessive daytime sleepiness has now been linked to the build-up of beta-amyloid and may thus be a sign of someone either at risk, or in the early stages, of Alzheimer’s. Read the JAMA report Here. Finally, if you’re looking to caffeine as a way to combat sleepiness, be forewarned that scientists now report that long-term caffeine intake may exacerbate symptoms of Alzheimer’s, including anxiety. Researchers in Barcelona, conducting studies of mice, hypothesize that it may be best to avoid caffeinated products for people diagnosed with Alzheimer’s. So put down that cup, and take a look at the research Here.

Skin Deep: Struggling With The Visual Signs Of Facial Aging: We’d like to believe we don’t care- it’s what’s inside that matters. But frankly, few of us can pass a mirror without wondering what’s happened to our previously youthful looks, and what can be done to stop or at least minimize the natural aging of our faces. And if you’ve come to empty your bank account on all manner of potions and lotions to hold back the inevitable, then you may want to read (or listen to) the very candid and insightful essay that writer Chelsea G. Summers recently posted on Medium. It’s a complicated encounter, with both economic and social implications, especially for aging women who may be burdened by antiquated notions of what constitutes beauty. But progress is on the horizon. As one example, take a look at the story of Isabella Rossellini, who was dropped by the cosmetic company Lancome when she turned 42 but now, at age 65, has been welcomed back as the public face of the beauty line she represented nearly three decades ago.

What’s Playing: New Films Reflect Lives Well Lived: It’s common to see older people belittled or betrayed in popular culture, especially in movies. But there are two new documentaries that portray a more realistic, and positive, reflection of what life can be like in your later years. First, you should take a look at Lives Well Lived, a new documentary by photographer and filmmaker Sky Bergman. Inspired by the daily life of her 100-year-old grandmother, Bergman began seeking out others with interesting, active lives, despite advancing age, and ultimately created a movie that showcases 40 individuals, each with a unique story to tell. And speaking of storytelling, the master of them all, Shakespeare, is integral to another new movie, Still Dreaming, a documentary that follows the staging of “A Midsummer Night’s Dream” at the Lillian Booth Actor’s Assisted Living Home in New Jersey. The movie, now playing on many public television stations, shows that creativity can continue and inspire, regardless of your age or limitations. So salt your popcorn and read more about this Shakespearian production Here.

THE LAST WORD: “How do I look so young? Quite simple: a complete vegetable diet, 12 hours sleep a night, and lots and lots of make-up.” Truman Capote