Across The Pond: New Entertainment From England 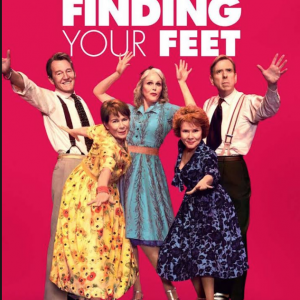 Across The Pond: New Entertainment From England

No doubt you’ve enjoyed some of the more “senior” British actors and actresses in their recent performances- everything from Dame Judi Dench in Victoria and Abdul to Dame Maggie Smith in Downton Abbey. Well, there are some new British exports now available for American audiences that may not rise to the gravitas of these examples yet provide some enjoyable entertainment. First is the new movie Finding Your Feet which stars veteran British actors and actresses Imelda Staunton, Timothy Spall, Celia Imrie and Joanna Lumley in a sweet comedy about a long-married woman whose marriage and plans for retirement are upended when she discovers her husband is having an affair. The movie was just released in the United States last weekend and is playing in a limited run around the country. Or, if Netflix is more your speed, you’re likely to be amused, or confused, by the just-released British series Age (Gap) Love a reality television series that features both British and American couples with vastly different ages for each member of the couple. Reviews have been somewhat harsh, yet there’s something touching about older people- be they men or women-finding a soulmate regardless of age. And if intergenerational coupling is your thing, then perhaps you need to check out the classic cult movie Harold and Maude, which you can still catch online, at Amazon Prime.